Mitsubishi Aircraft has released pictures of its flight test fleet in various stages of final assembly, as its MRJ regional jet programme draws near to its scheduled first flight in 2Q 2015. 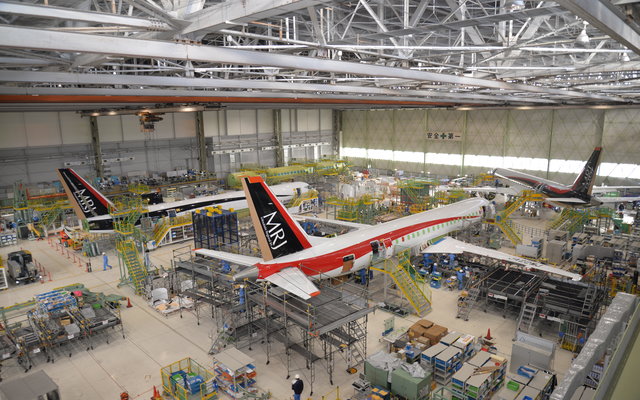 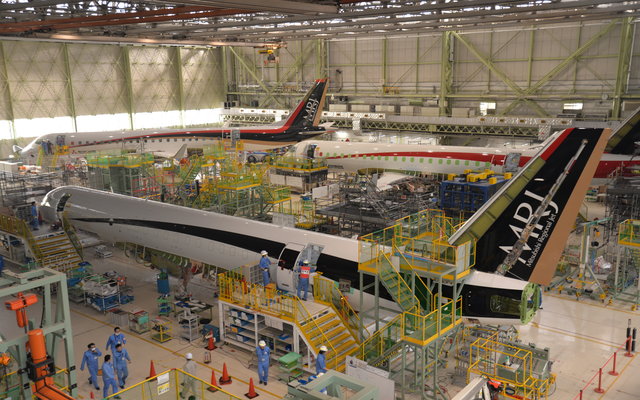 The pictures show a fully painted second flight test jet (MSN10002), without the radome and engines. Mitsubishi says the aircraft has completed its wing to body join, and that the landing gear has also been attached. 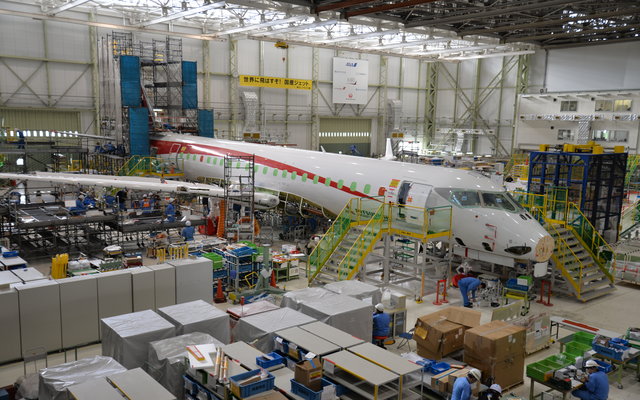 The third flight test aircraft is meanwhile undergoing wing to body join. Pictures show that its horizontal stabilisers have not yet been attached. 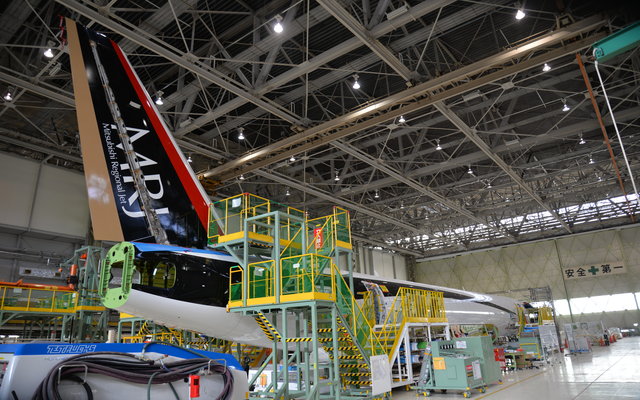 The forward and mid-fuselage sections of the fourth flight test aircraft have also been fused. Mitsubishi says the section is now being painted.

The Japanese airframer will be using a fleet of seven test aircraft – five in flight tests and two for ground tests - for its regional jet programme.

Earlier this month the aircraft manufacturer also disclosed that it has started full-scale tests, and that it has performed a first engine run on aircraft 10001. On its static strength test aircraft (MSN90001), it performed a wing up-bending test.

Pratt &Whitney told Flightglobal it is targeting to have its PW1200G turbofan certificated in 2016, only after the MRJ's scheduled first flight. It has so far delivered two PW1200G engines to Mitsubishi, which have been mounted onto its first flight test jet.