On 7 September 2013, Mitsubishi Aircraft unveiled for the first time parts of its regional jet that have been manufactured.

In a media event put together shortly after announcing another delay to its MRJ regional jet programme, Mitsubishi exhibited four sections of the aircraft at Mitsubishi Heavy Industries' Tobishima facility. 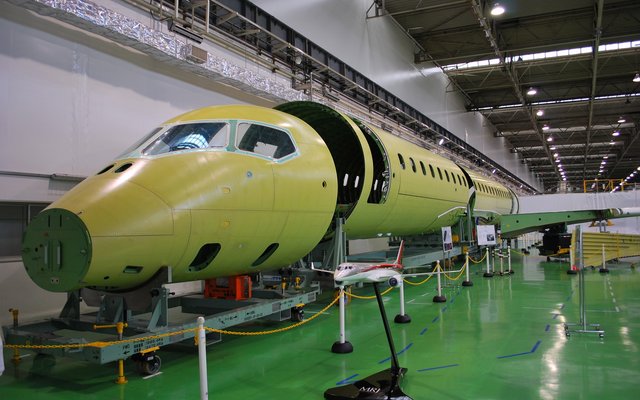 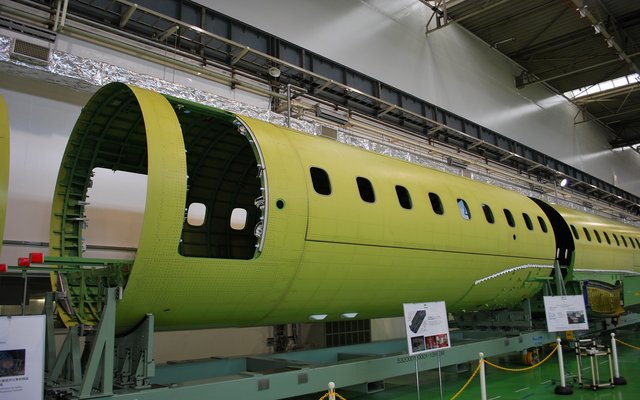 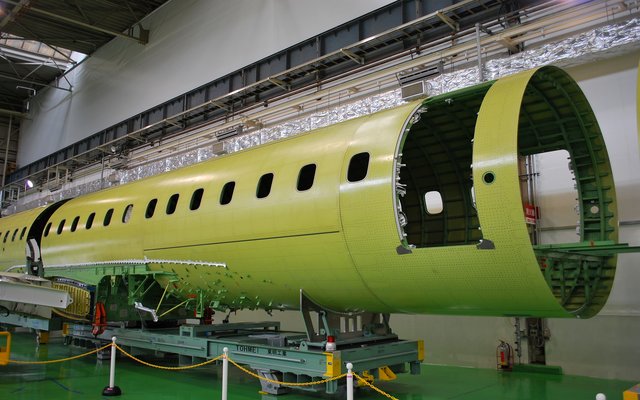 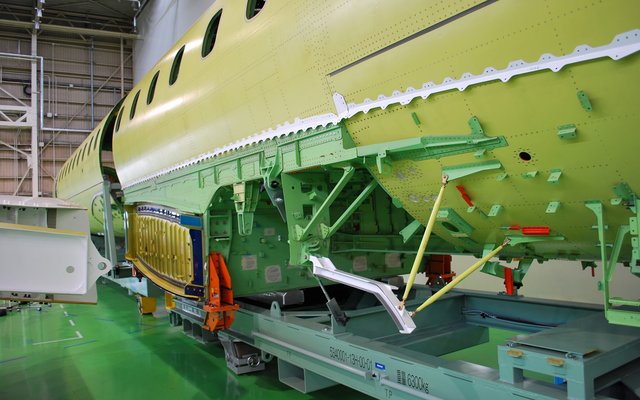 As the first test aircraft's main wings are currently being manufactured, a prototype of the left main wing was showcased at the event.

Besides an area that had been cordoned off, other parts of the factory were out of bounds to the media.

The respective fuselage sections and wings will be moved to MHI's Komaki South plant in Nagoya for final assembly next month, says a Mitsubishi spokesman.

On 22 August, Mitsubishi announced a third delay to its programme schedule, pushing first flight of the MRJ90 from end-2013 to the second quarter of 2015, with deliveries to launch customer All Nippon Airways to follow in the second quarter of 2017. It had explained that design and respective certification took greater resources than expected, thus impacting component deliveries and aircraft fabrication.

The airframer is also targeting to set up a quality-assurance centre in Europe this year to facilitate a smoother handling of MRJ equipment qualification tests and inspections with its European suppliers. Several locations, including Germany, are being considered.

Mitsubishi set up a centre in Chicago this June to allow for timely partner updates and issue resolutions.