In early May flightglobal.com reported on the US Air Force Rockwell B-1B strategic bomber that closed the runway of an Indian Ocean US military base for three days after a wheels-up landing.

The aircraft landed on 8 May at the US military refuelling and tactical base on the UK Indian Ocean island of Diego Garcia, forcing the closure of the base. The heavy lift crane situated normally in the dockside at the island's port had to be disassembled and transported across the atoll to lift the 180t aircraft out of position.

Flightglobal.com has now obtained exclusive previously-classified photographs of the operation (below), which took place on 10 May and took 10h between pre-lift briefing and the resumption of runway operations. The USAF was able to resume full operations 69h after the incident, which happened at 22:20.

The images show the forward fuselage crane and strap placement shoring and lift bags used to stabilise the wings, the placement off four front jacks requiring four 21kg (46lb) concrete blocks to use and mooring. A lift bag was used to inflate under the wings during rear lift, at which point the rear gear extended, producing debris. 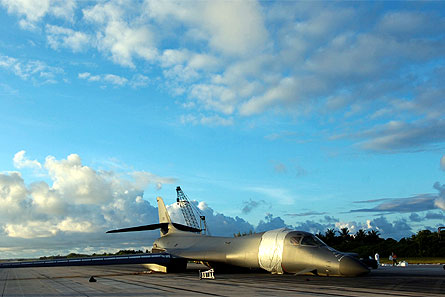 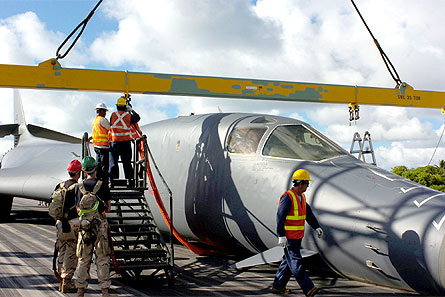 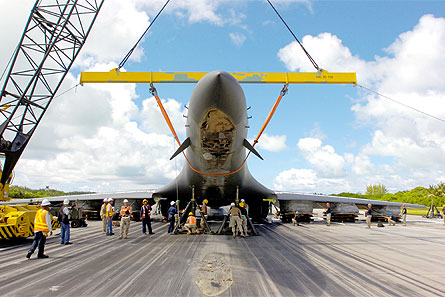 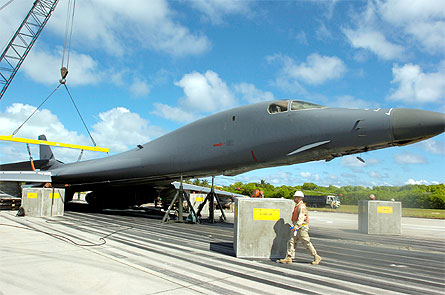 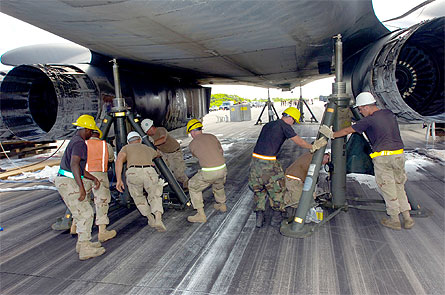 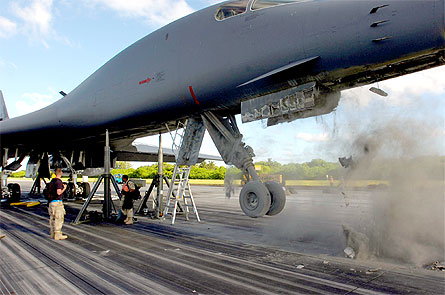 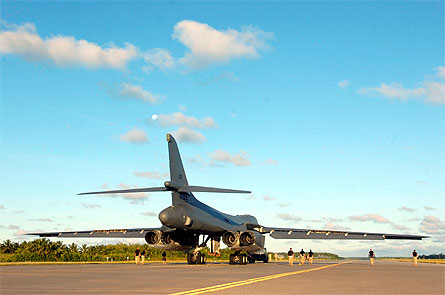