​PICTURES: The life and times of Boeing's first 777

The historic retirement this week of the first 777 comes almost a quarter of a century after the aircraft was revealed to the world at Boeing’s plant in Everett, Washington.

The formal unveiling of the 777-200 N7771 (MSN 27116/WA001) on 9 April 1994 marked a significant moment in Boeing’s commercial aviation evolution. The 777 was the first fly-by-wire airliner produced by Seattle and the first airliner programme to target ETOPS twin-engined extended-range operations approval from service entry – or “out of the box”. 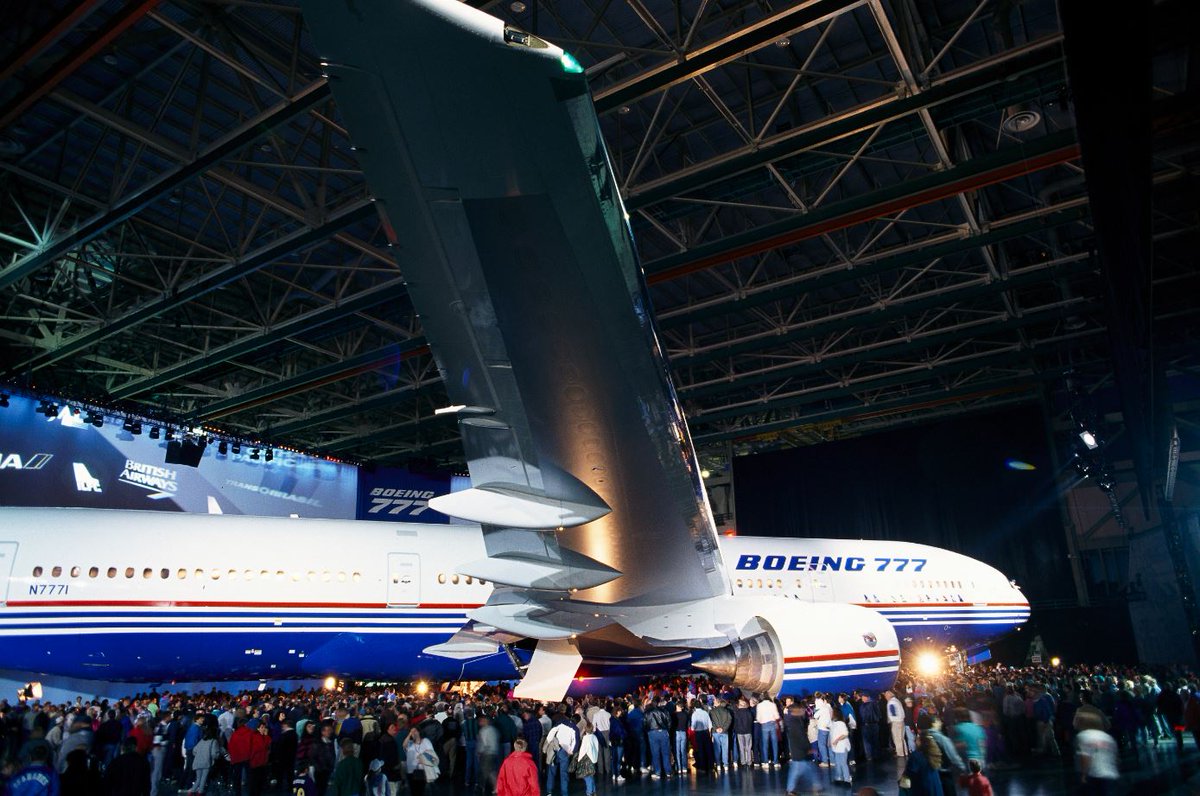 The 777 led the big-twin’s flight-test and certification programme, completing its maiden sortie on 12 June 1994 with test pilots John Cashman and Kenny Higgins at the controls. “WA001” was equipped with the Pratt & Whitney PW4074 powerplant as launch customer United Airlines had selected the PW4000, making it the lead engine in the 777’s certification programme.

The entire development programme was the subject of a five-episode TV documentary and accompanying book by Karl Sabbagh – 21st Century Jet: The Making and Marketing of the Boeing 777. This provided a detailed insight into how a modern airliner is created and made a TV star of early 777 programme chief Alan Mulally. 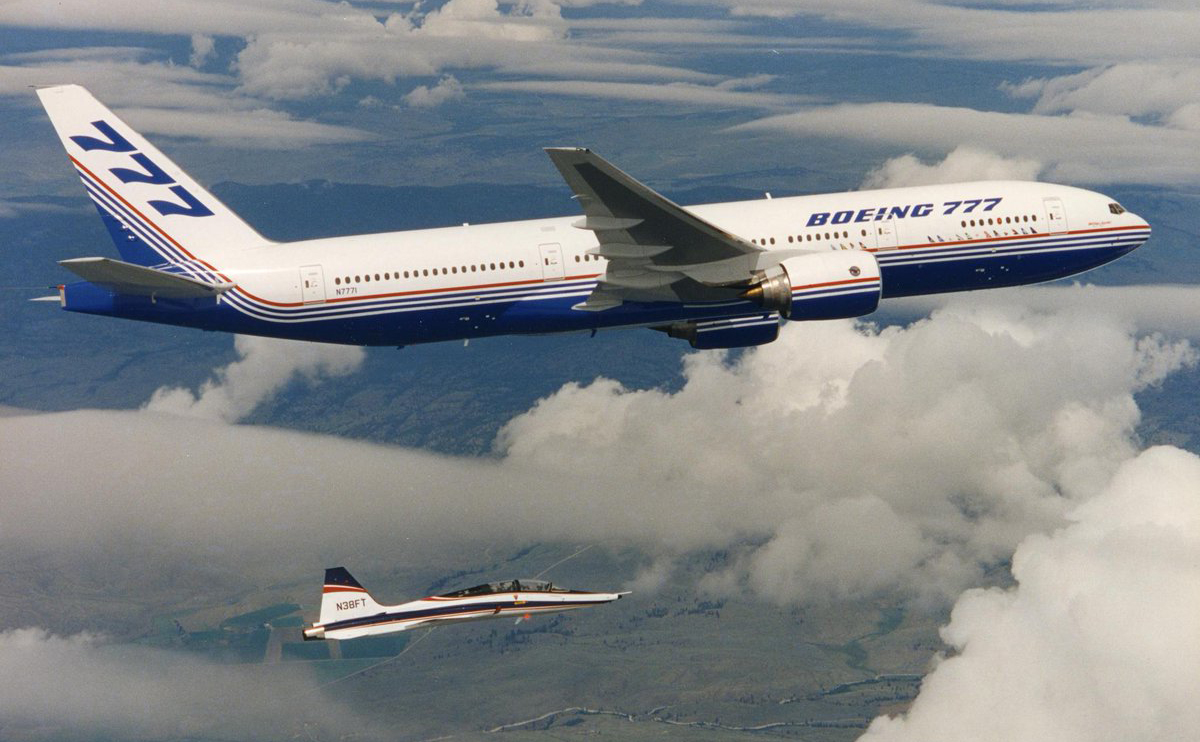 The 777 was certificated right on schedule on 19 April 1995. Just over a month later, the US Federal Aviation Administration awarded 180min ETOPS clearance on 30 May, ensuring that the 777 was the first airliner to enter service such approval when it debuted with United Airlines on 7 June 1995 between London Heathrow and Washington Dulles. 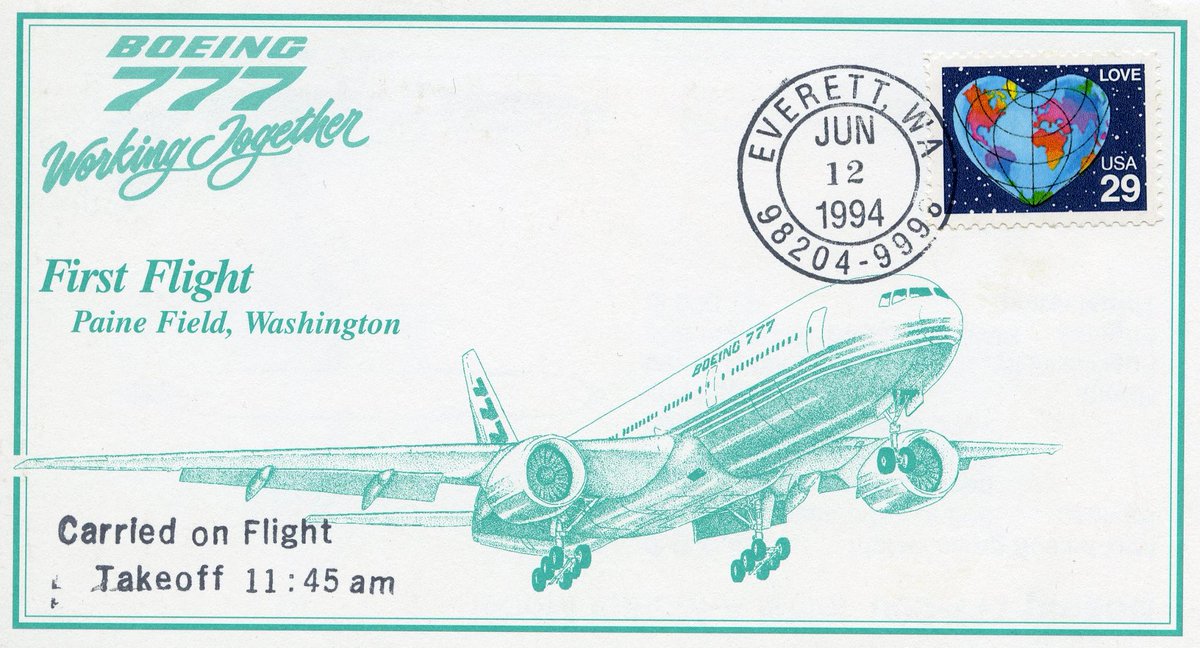 A special cover marked the first flight of WA001

With its testing duties completed, WA001 was stored at Everett as Boeing sought a customer. In May 2000, Cathay Pacific concluded a deal to acquire the aircraft, and the 777 was refurbished and re-engined with Rolls-Royce Trent 877 engines, entering service with the Hong Kong airline in December 2000 as B-HNL. 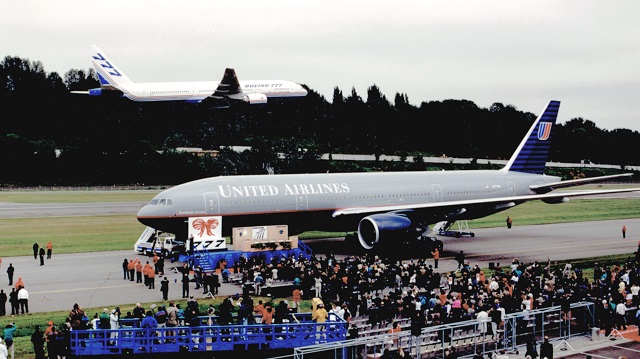 According to Flight Fleets Analyzer, Cathay operated WA001 until June this year. During the 18 years in service, B-HNL operated 20,519 flights and 49,687 flying hours. WA001’s last flight took place on 18 September – its ferry flight from Hong Kong to its new home, the Pima Air & Space Museum in Arizona. 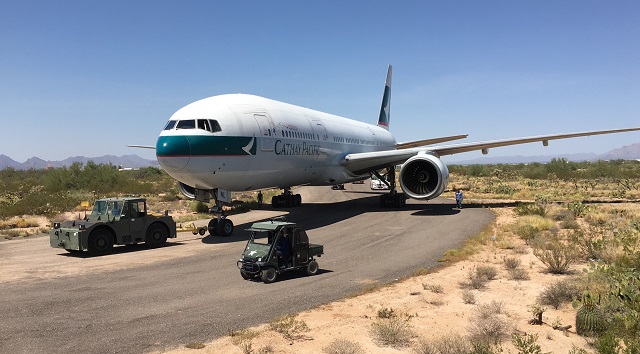