PICTURES: US F-16s launch against ISIS from Turkey

The US Air Force is striking militant groups in Iraq and Syria with renewed vigour just days after six Lockheed Martin F-16s arrived at Incirlik Air Base in Turkey to support Operation Inherent Resolve.

The air force says the F-16s are now conducting operational missions across the border in into areas occupied by the Islamic State of Iraq and the Levant, and a Boeing KC-135 Stratotanker of the 22nd Expeditionary Air Refuelling Squadron arrived at the base earlier this week to deliver more supplies. 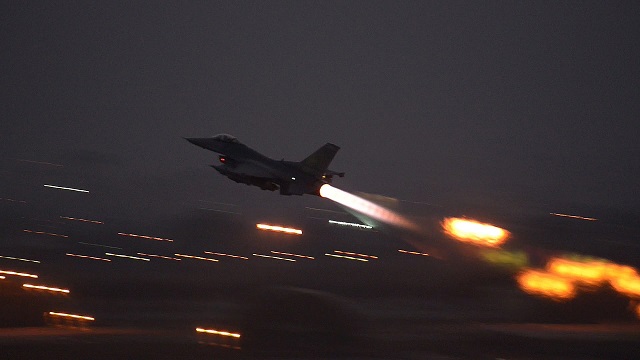 An F-16 Falcon takes off from Incirlik AB, Turkey, 12 August.

Spectacular photos show the F-16s of the 31st Fighter Wing taking off from Turkey, in what will be significantly quicker bombing runs than if they were deployed from other bases in the region.

The aircraft arrived at the base 9 August along with a Lockheed Martin C-5M Super Galaxy carrying stores and supplies for the detachment of more than 300 personnel accompanying the jets.

The deployment to Turkey comes after Ankara agreed to host combat forces at the US-run base. 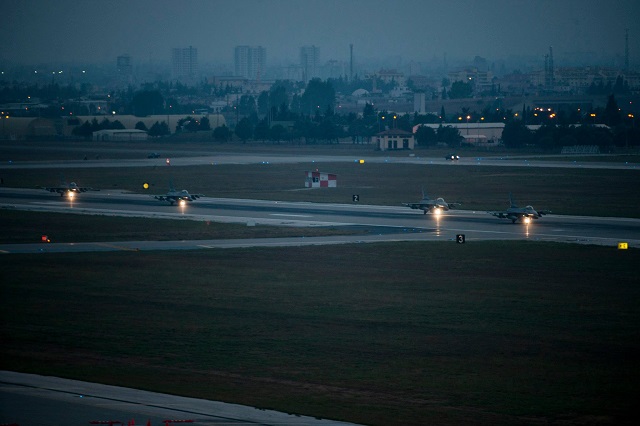 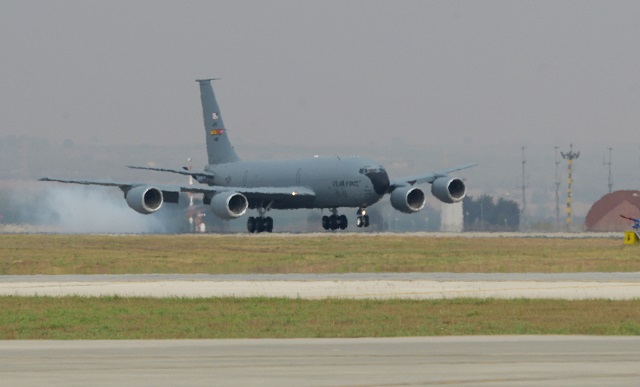 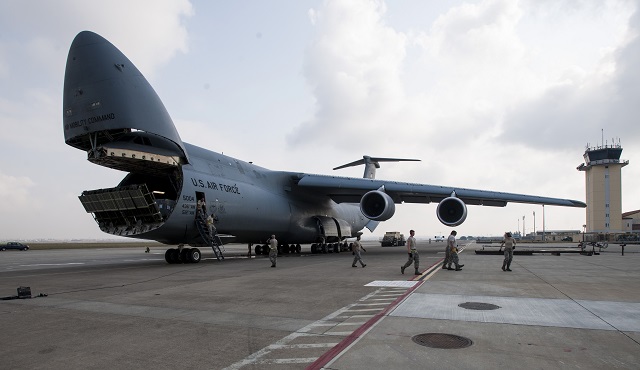 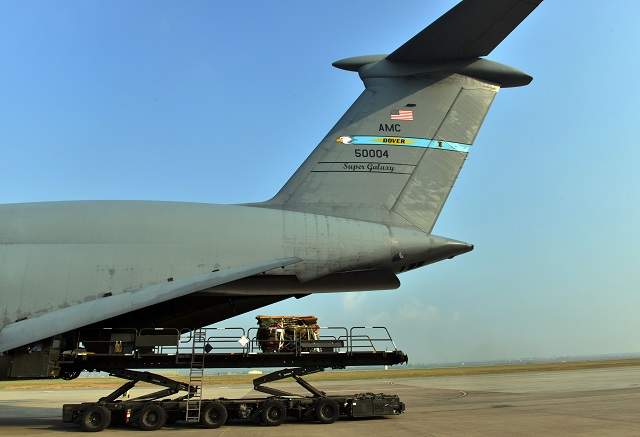 (All photos credited to the US Air Force)