Poland wants to buy a new batch of 40 R-27R1 radar-guided missiles for its RAC MiG-29 fighters, with bid responses being sought by 16 November.

Referred to by NATO as the AA-10 "Alamo", the Vympel-designed, medium- to long-range R-27R1 should be sourced from a company established in the European Union, the European Economic Area or in a country with which the EU and Poland have agreements covering public contracts, Warsaw says. Ukrainian companies have also been invited to participate in the tender.

Deliveries are requested as soon as 1 January 2016, or at the latest by the end of November the same year. Each weapon must have a shelf life of at least eight years while kept in a sealed container, and not less than five years once removed from storage.

The Polish defence ministry's armament inspectorate says it will make a selection based on two criteria: the lowest price – which carries an 80% weighting; and the offered warranty period (20%). 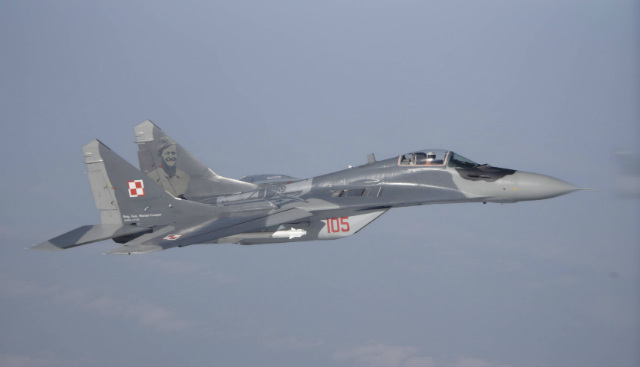