“We are not going to buy used older versions of the F-16,” deputy minister for national defence Bartosz Kownacki told a parliamentary committee examining the modernisation of the country’s armed forces on 22 March.

In January, Kownacki had indicated that Warsaw was considering the acquisition of 50-100 used F-16s, or new F-35s.

A week later, the defence minister Antoni Macierewicz added that the ministry was not ruling out the purchase of more F-16s “depending on the conditions that would eventually be agreed with the US side”.

Kownacki says that Poland continues to analyse various options as it looks to expand its air force fleet, as well as cope with the retirement of Soviet-built types such as the RAC MiG-29 and Sukhoi Su-22. However, he says that studies preclude the acquisition of used F-16s. “The analysis of purchasing of F-16A/B aircraft were carried out by the Ministry of National Defence, the general staff of the Polish armed forces and the armament inspectorate, and after that, it was clear that this was not the right direction," he says.

“The cost of upgrading second-hand aircraft would be high, and their capabilities would be small.” 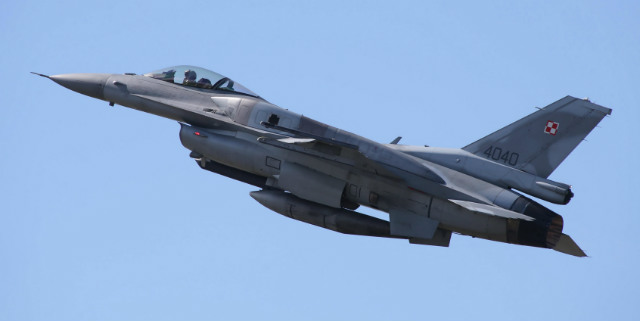 Deputy commander in chief of the Polish armed forces Gen Jan Sliwka stresses that Poland had been “surprised” by how much Romania paid to upgrade a batch of F-16A/Bs acquired from Portugal.

“It cost more than the price of the same number of new aircraft,” he says.

"We could say that the cost of acquiring used a F-16 would be bigger than buying a new one and that is why we will not go in that direction," says Kownacki.

Warsaw has yet to decide whether to acquire new F-16s or the F-35, although Kownacki notes the high cost of the latter.

Sliwka says that the Polish air force's 48 F-16C/Ds have amassed about 53,000 flying hours since 2006 – and it will be possible to operate those aircraft for at least another 30 years with a mid-life upgrade proposed for 2030.

Separately, Poland is poised to gain certification for the integration Lockheed AGM-158 JASSM on to its F-16s. One of its US-based F-16s will perform a test firing of the munition before the end of March, completing the integration effort.