Airbus has started producing the initial rear centre tank for the first A321XLR long-range variant of the A321neo.

The tank is a specific characteristic of this version of the aircraft, developed to fit into the lower fuselage of the twinjet behind the main landing-gear bay.

It will be able to hold up to 12,900 litres of fuel – more than would be achievable with optional additional centre tanks – enabling the aircraft to extend its range to 4,700nm.

Airbus assigned the tank manufacture to Germany’s Premium Aerotec and the sub-assembly is nearing completion at its Augsburg facility.

“Since the [tank] takes up less space in the cargo hold [than optional centre tanks] it frees up underfloor volume for additional cargo and baggage,” says Airbus.

The various components of the tank will be brought together and the system tested before it is transferred to Airbus’s Hamburg plant early in 2021.

Airbus will then integrate the tank into the fuselage sections 15 and 17.

It has been intending to deliver the A321XLR for entry into service in 2023, a timeframe which has remained intact so far despite the downturn in the air transport market. 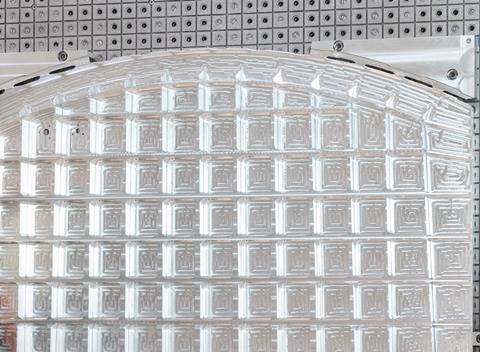