The powerplant and the production system are key elements in Boeing’s evaluation of a new aircraft to address the market niche previously occupied by the 757 narrowbody.

Such a capability sits in the niche between the top of the single-aisle products occupied by the 737-900ER/Max 9 and Airbus A321 and the bottom end of the 787 and A330 widebody families.

Speaking at this week’s Singapore air show, Boeing’s senior vice-president of global sales John Wojick said the project is in the “study and customer requirement phase” and the company has “an awful lot of discussions to go with our customers”.

Sources indicate that the timing of any new mid-sized airliner would see service entry after the last of Boeing’s recently launched programmes, the 777X, deliveries of which begin in 2020.

Observers believe the requisite engine is likely to be in the 30,000-50,000lb thrust bracket, with potential suppliers including existing narrowbody powerplant specialists CFM International and Pratt & Whitney, along with Rolls-Royce.

Wojick says the studies have not yet reached the stage where Boeing has entered detailed discussions with engine suppliers about the powerplant technology that could be adopted for any new 200-300 seater.

“We did hear about Boeing’s plans, I think the timing is in the early 2020s,” says Dave Brantner, president of P&W’s Commercial Engines division.

He adds that P&W has “a technology roadmap to advance the next-generation geared turbofan (GTF). Suffice to say that the GTF platform is scalable, we are working on the technologies that can scale us to provide for any future platforms that come along. Of course, when they come along we evaluate the business case… and make sure our technology is ready.”

General Electric/Safran partnership CFM says it has “first refusal” over its shareholders on engine programmes with up to 50,000lb thrust, although any final decision would be discussed at shareholder level.

“We’re working with [Boeing], we’re talking about it… It’s just a study at this point. If it ends up needing an engine in the thrust class where CFM plays, we will be there to contribute,” says CFM ‎executive vice-president Chaker Chahrour. 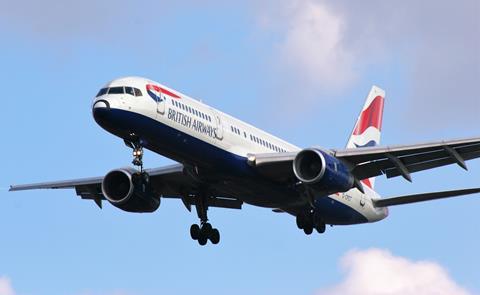 Rolls-Royce was the launch engine supplier on the 757 (above), and its RB211 powered a large number of the aircraft delivered. The company says it talks to airframe manufacturers all the time about a variety of projects, but declines to comment about whether these have included Boeing’s 757 successor project.

Boeing’s marketing vice-president Randy Tinseth says the airframer is in the early stages of defining the aircraft to succeed the 757, and central to those studies is “what the production system looks like to make sure you can have cost that makes sense in the market too”.

Cost of production is critical for this type of aircraft, explains Tinseth, as it will be aimed at a relatively small market niche. This means it is important the aircraft can be built profitably at low rates of output compared with the broader single-aisle families being produced potentially at up to 50 aircraft a month.

He adds: “We’re working through that and it’s going to take us a while.”