​Could Airbus bring a zero-emission aircraft into service by 2035?

Timelines are incredibly tight, the technology is not there yet, the investment will be colossal, the airport, fuel and related infrastructure is a massive obstacle, but Airbus chief executive Guillaume Faury believes bringing a clean-sheet, zero-emission narrowbody sized airliner into service by “around” 2035 is very doable.

“I am more and more confident that is an achievable goal when it comes to the airplane,” Faury said, speaking at the Airbus Summit in Toulouse. 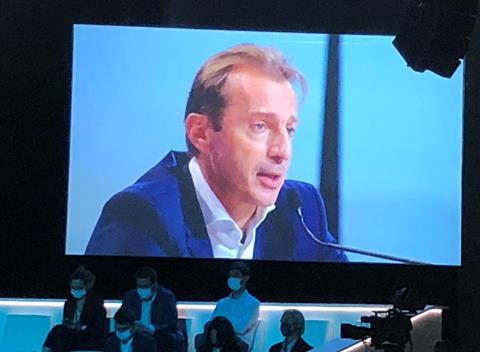 “But the plane is just one part of the challenge,” he notes, with many other elements of the supply chain at least, if not more, problematic. “This is not something aviation can manage alone,” he says.

For its part, Airbus is pressing ahead. “2035 is tomorrow, therefore we have to be fast, and we have to go together,” says Faury. Indeed, Airbus has put its faith in technology and especially hydrogen and the entire summit, with its Pioneering Sustainable Aviation tagline, is promoting the notion that aviation must decarbonise.

Faury explained the Airbus 2035 timeline to develop a likely hydrogen-powered airliner at a Eurocontrol webinar in March, and he stands by it.

“I am impressed by the momentum created by those technologies,” he says. The plan sees Airbus selecting the fuel technology it will use by 2025, and there is enough time between now and then for industry to work on new fuels and propulsion systems to come up with solutions, he believes.

Then there will be two years of work to select partners and suppliers and bring the project to a position where it could be formally launched in 2027 or 2028, explains Faury. From that point it would take 7-8 years to go from launch to entry-into-service in 2035.

For Faury, the technology is a challenge, but the money needed is another matter. “The issue in 2027 is that we will have to launch major investment, not only at Airbus but with our partners,” he says. “And we need certainty on the regulatory environment” for airlines aiming to operate the aircraft in 2035, he adds.

“I am more concerned about this than the engineering…that’s why we are engaging with governments and the energy sector” to trigger solutions that will enable a zero-emission aircraft to come to reality, says Faury. “We have not limited by money today. We are more limited by the speed of the development of new technologies.”

“Is it risky?” Faury is asked. “Of course,” he says, acknowledging that many strands of activity must converge to make his strategy come off. However, the focus on hydrogen is clear as its energy density is so much higher than other fuels and compared to that of batteries. “We don’t have to change the law of physics here,” says Faury. “Hydrogen is made for aviation.”

The speed of hydrogen development reminds Faury of how Fly-By-Wire technology and later the introduction of electric cars was initially greeted with pessimism and judged as too risky. “We are at a turning point when it comes to hydrogen,” he says.

With the 2035 timeline becoming established, Faury was challenged during the Summit by Andrew Murphy, director aviation at green lobby group Transport & Environment, to “at least phase out the problem”, meaning the production of fossil-fuel burning aircraft. “By 2035 we should end the sale of jet aircraft for short-haul operations in Europe,” he says. There needs to be clear timelines and clarity on the amount of money required to develop such an airliner, he adds.

Not surprisingly, Faury rejected the phase out idea. “We think we don’t need to stop selling planes. On the contrary, we need to accelerate the replacement of old planes by new ones,” he says, bringing more fuel-efficient models into service and thus contributing to emissions reduction.

Airbus’s hydrogen strategy contrasts with the views of Boeing, which has shown far less enthusiasm for this fuel. However, Faury believes “there are more convergences than you think” between the two OEMs, with both agreeing that sustainable aviation fuels are a short-term opportunity and priority.

The challenge Faury has set Airbus and its technology partners is huge. But two years ago, Airbus “took the bull by the horns” and put hydrogen at the forefront of its efforts to propel the company into a strategy that could eventually take it out of the business of making aircraft powered by fossil-fuels.

The timeline Faury talks about is aggressive and the technology leap is probably unprecedented in peacetime. But Airbus is strapped in tight to the decarbonisation bandwagon, and while Faury is at the wheel it won’t get off it.