Two test pilots and a test engineer have been trained to operate the twinjet type, as the airframer pursues EASA certification.

Irkut says the European specialists were given initial flight operations guidance on the Pratt & Whitney PW1400G-powered aircraft before moving on to simulation training.

The training covered take-off, approach and landing with both visual and precision-guidance procedures, as well as flight control through a range of configurations, altitudes and speeds. 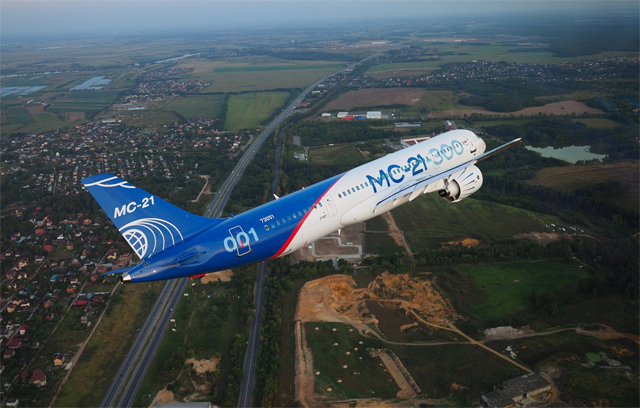 Irkut adds that the EASA crew was also provided with training for approach-to-stall at high angles of attack.

“After completion of the theoretical training, [the crew] carried out a series of flights on the MC-21-300,” it states.

“The test team became acquainted with the characteristics of stability and controllability of the aircraft.”

Irkut has been conducting flight tests with two MC-21s in Moscow and the airframer is working with EASA to obtain European certification for the aircraft type.