Airbus has carried out the first flight of its second BelugaXL high-capacity transport, the modified A330-based aircraft set to replace the A300-600ST.

Airbus expects this second aircraft (MSN1853) to become the first BelugaXL to enter operational service once the type secures certification.

The manufacturer has been carrying out various flight tests with the initial flying airframe (MSN1824) which first became airborne in July last year.

Developed primarily to provide capacity for the A350 programme, the BelugaXL is powered by Rolls-Royce Trent 700 engines. 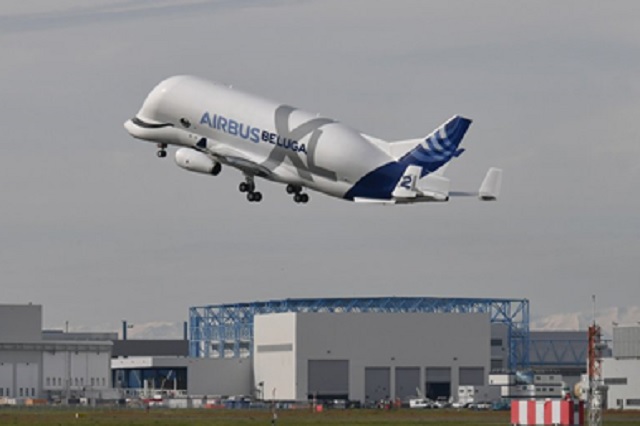