The Central Aerohydrodynamic Institute had revealed last year that it had conducted windtunnel testing on the design, which would be capable of operating as a 6t freighter.

“Optimum level of anti-icing protection for the aircraft’s surfaces must be determined at the initial design stage,” says the institute.

“Effective protection of the aircraft against icing is an important objective for improving safety.”

The institute performed the research in a low-speed windtunnel, simulating icing on the empennage and wings which might form during holding at low altitude.

“It was found that the ice formations examined do not affect the efficiency of the vertical fin and rudder,” it states.

While this means that certain anti-icing systems will not be required for the proposed aircraft, the research is to study the requirements for such systems on the wings and horizontal stabiliser. 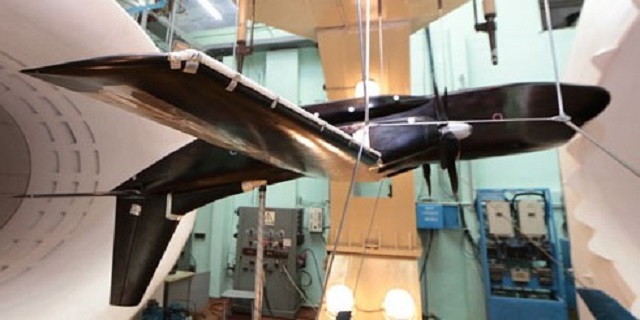