Fifty years ago (on 9 February), the first Boeing 747 (RA001) took to the air from Paine Field along a runway adjacent to the Boeing’s then-new Everett plant in Washington.

Following a flight-test programme of more than 1,400h involving five aircraft, the 747 was certificated on 30 December 1969 and entered service with Pan Am on 21 January 1970. Half a century later, production of the original jumbo jet continues at Everett. Around 1,550 aircraft have been delivered, of which just over 500 remain in operation, according to Flight Fleets Analyzer.

To mark the jumbo’s golden jubilee, here are some 747 statistics and milestones, as well as our original cutaway from 1968. 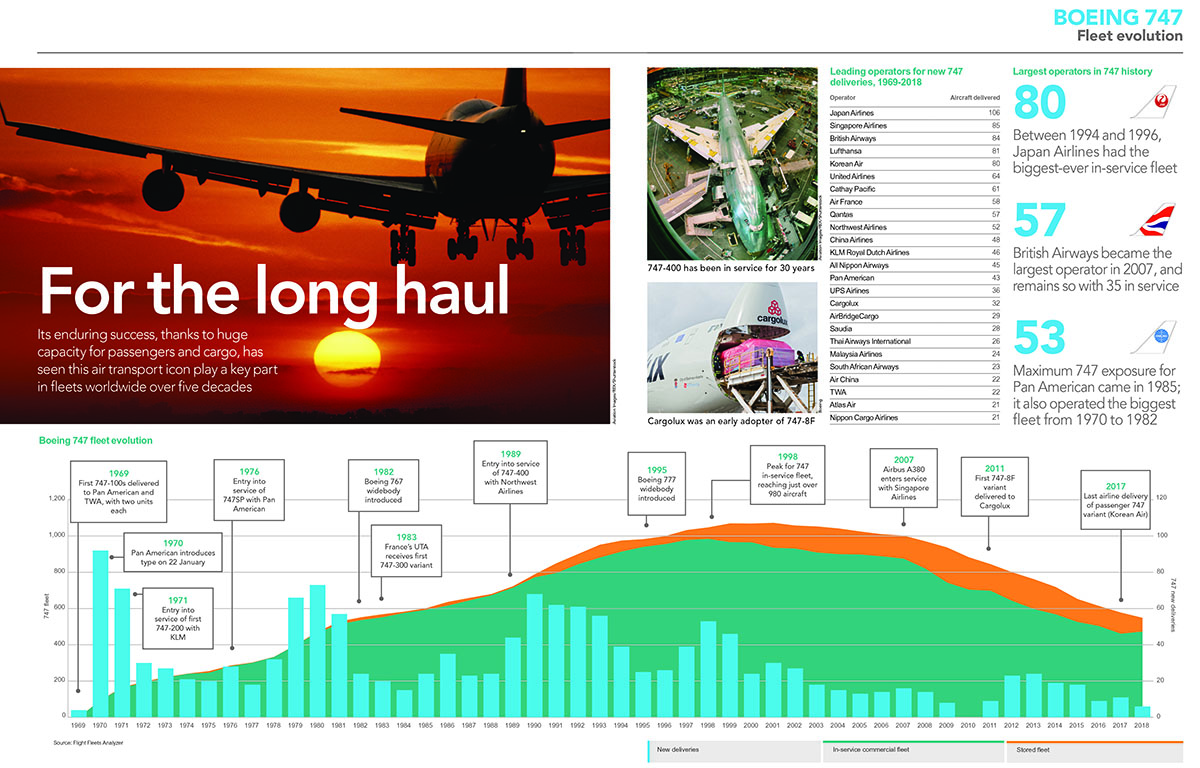 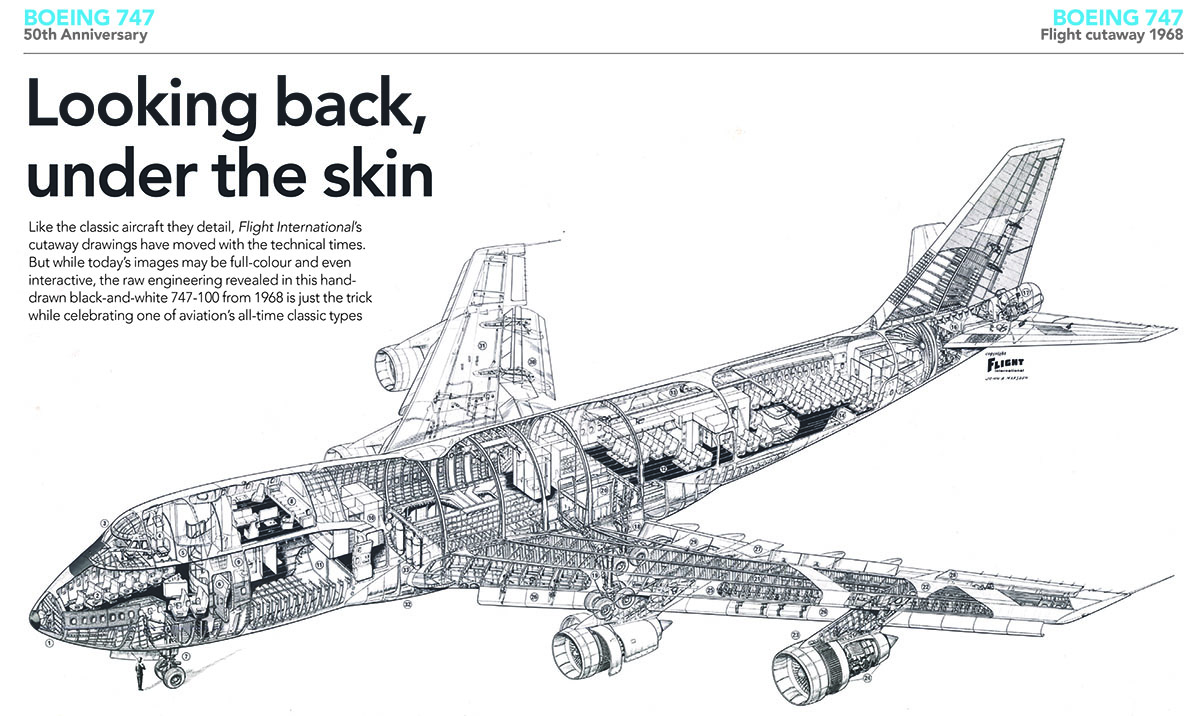 Read our retrospective article about Flight’s original report on the first flight, our opinion article on how Boeing created an industry icon and our evaluation of the programme’s future in the freighter role. 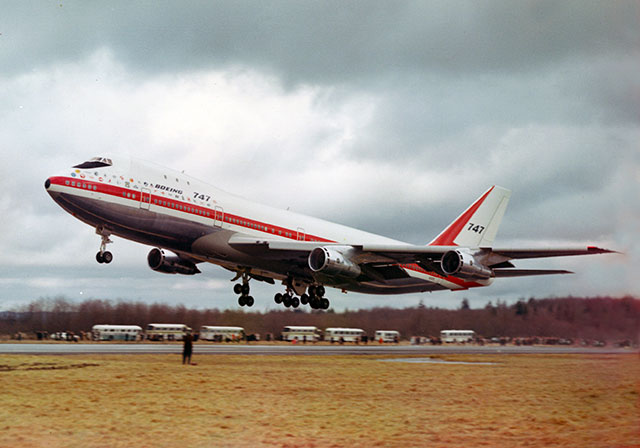