A Royal Air Force official has revealed that the UK has not ruled out acquiring a mixed fleet of Lockheed Martin F-35s, as the short take-off and vertical landing F-35B that is currently contracted carries out its first display to the British public.

Speaking at the Royal International Air Tattoo on 8 July, where a British F-35B flew, along with US Marine Corps aircraft and US Air Force F-35As, Air Cdre Linc Taylor, assistant chief of staff for capability delivery, combat air said the UK’s commitment to a full acquisition of 138 aircraft may leave room for discussions on also operating the conventional take-off and landing variant.

The UK committed to the acquisition of all planned F-35s in its Strategic Defence and Security Review (SDSR) released in November 2015, although this raised questions about whether it might consider acquiring a mixed fleet of the type.

“What we will do as we go forward into the next SDSR – we have reaffirmed our intent to buy the 138 in the last SDSR – we will look at air force mix,” Taylor told journalists at RIAT. “There is an absolute benefit to maximising combat air power with interoperability with [Eurofighter] Typhoons and the capability from the [Royal Navy's future aircraft] carrier.

“We will look at all of those options as we go forward into the next SDSR.”

The F-35 is making its long-awaited debut in the UK, after it failed to appear two years ago following an engine fire. The type is flying at RIAT and the Farnborough air show during July. 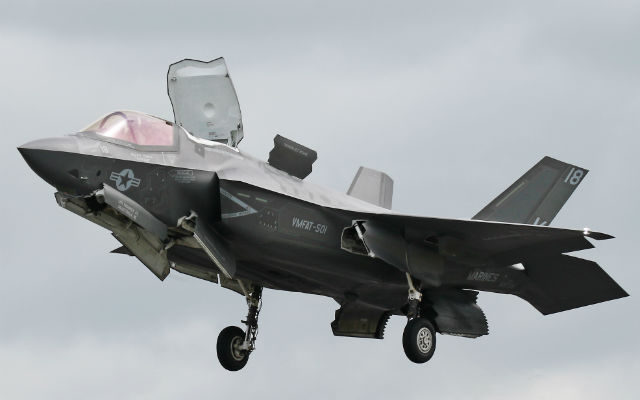 British ministerial and military representatives associated with the programme praised the aircraft and its appearance in the UK, claiming that the nation is on track to declare its land-based initial operating capability (IOC) by December 2018, followed by the same status at-sea in 2020.

The UK will have 24 frontline aircraft by 2023, which the same year will form into two operational squadrons.

“We will be the first international partner to reach IOC,” Taylor says.

Aircraft are currently in the Block 3i software configuration, which will evolve to 3F and eventually Block 4. Taylor says that while all F-35s are aligned across the programme, the UK has a specific list of weapon requirements that it wants to see in the latter standard. This includes the integration of MBDA Meteor, Spear 3 and Block 6 Asraam missiles, plus the introduction of Raytheon Systems' Paveway IV tactical penetrator. 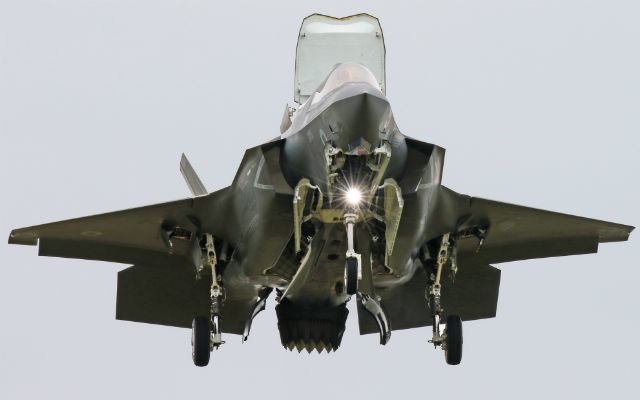 Meanwhile, it was also announced at RIAT that the US government has awarded F-35 engine provider Pratt & Whitney a $1.5 billion low-rate initial production (LRIP) contract for the tenth lot of F135 powerplants.

This will cover the provision of 99 engines for all three F-35 variants, and when combined with previously awarded long-lead and sustainment contracts means the LRIP 10 deal for P&W amounts to $1.95 billion.