RAF Sentinel may be positioning for anti-Islamic State fight

Sources have revealed that the Royal Air Force’s Raytheon Sentinel R1 surveillance aircraft is due to be transferred to an undisclosed base in the Mediterranean, suggesting that it is being positioned to join the coalition fight against Islamic State militants.

Other aircraft have been based out of RAF Akrotiri in Cyprus, and this is likely to be the base for Sentinel should it join the UK’s “Operation Shader” anti-IS effort.

The RAF is known to be operating the Panavia GR4 Tornado out of Akrotiri, but the location of its General Atomics Aeronautical Systems MQ-9 Reaper unmanned air vehicles has not been disclosed.

Following the return of the Sentinel from its participation in the three-week Red Flag-series exercise at Nellis AFB in Nevada earlier this year - the first participation of Sentinel in the exercise - sources told Flightglobal that all five RAF Sentinels are currently in the UK.

According to the UK’s 2010 Strategic Defence and Security Review, Sentinel was expected to exit service in 2015, but additional funding and a commitment from the government in 2014 have kept the aircraft funded up to 2018. 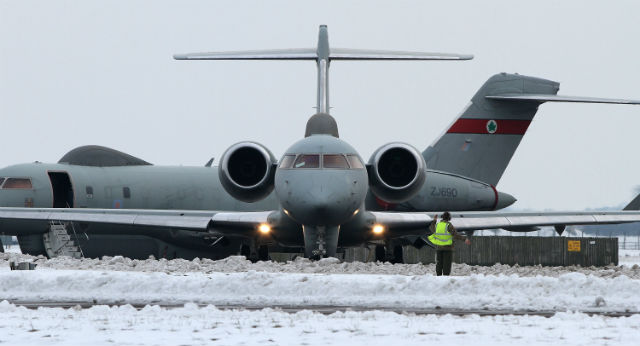