Rafael has released details of a small, hovering tactical intelligence-gathering system that could be supplied to infantry soldiers.

The "Maoz" is carried in a small canister stowed in the personal gear of an infantry soldier. After mission completion it can be returned to the canister for further use.

According to Rafael an individual soldier can carry a number of the micro-hovering systems, together with a small control unit. 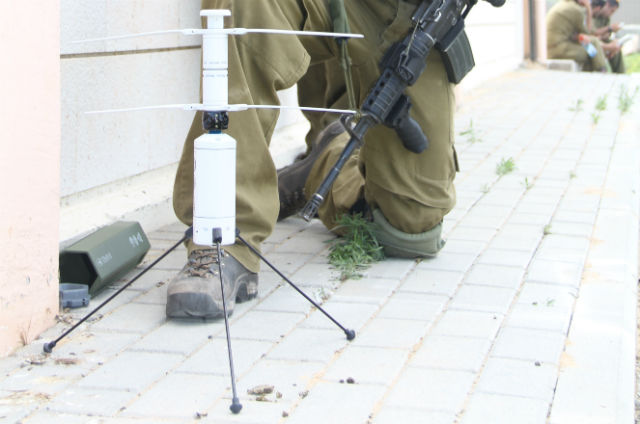 The company says the air vehicle can hover at an altitude of 328ft and 2.7nm (5km) away from its operator in an open area, with these values falling to a respective and 164ft and 0.5nm in an urban area. Maoz can hover for 15min at a time, and can be operated after battery replacement for 50h without maintenance.

The Israeli company says the system – which will carry a daylight camera and night-vision sensor – is capable of detecting a person from a range of 180m, and recognising an individual from 60m. Ground vehicles can be detected at a range of 400m and identified from 60m.