The Royal Air Force’s 17 Sqn has assumed control of the test and evaluation of the UK’s first Lockheed Martin F-35B Lightning II, marking the start of independent operational testing by the UK of its future Joint Strike Fighter.

The aircraft – dubbed BK-1 – is based at Edwards AFB, California, where 17 Sqn has now begun to test and evaluate without the assistance of US forces that have until now supported the test campaign for the UK’s aircraft.

Both RAF and Royal Navy personnel make up the squadron, which will work to ensure that the aircraft is interoperable with the UK’s regulations and its other assets – including the RN’s new aircraft carriers – ahead of initial operational capability clearance for the aircraft, which is earmarked for 2018. The UK has a current requirement for 138 of the B-model short take-off and vertical landing version of the type, and the UK is the first of eight international partners to begin operational testing, the Ministry of Defence says. 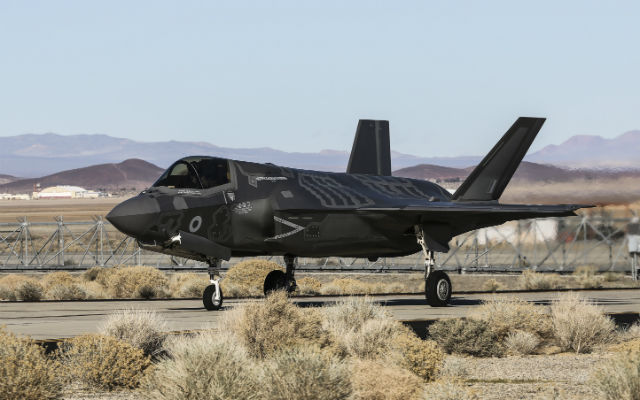 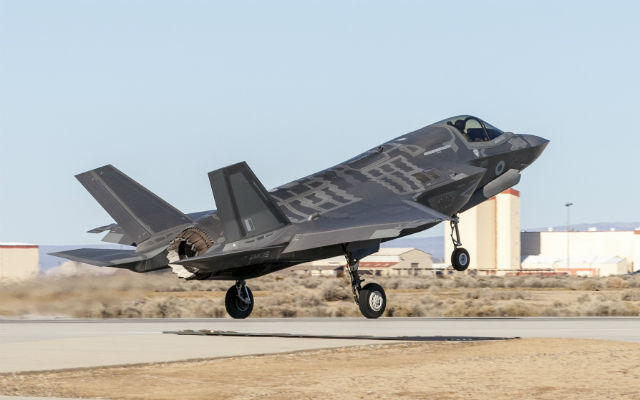 “The F-35 has a myriad of sensors and technologies, which means every aspect of the aircraft is constantly being tested,” PO Gary Lister, who is responsible for ejection seats, crew escape systems and weapons management, says.

“This means when snags are found, they aren’t just fixed, but analysed and scrutinised to help future fault diagnosis and streamline the maintenance effort; it’s a hugely complex aircraft which will give both the navy and the RAF a superb capability.”

In parallel to BK-1 undergoing testing at Edwards AFB, the UK’s first operational aircraft – BK-3 – was delivered to Marine Corps Air Station Beaufort in South Carolina on 3 February, where it will be flown by UK personnel. This is in preparation for the establishment of 617 Sqn, which will be the UK’s first frontline Lightning II unit, based at RAF Marham in Norfolk.

Meanwhile, on 16 January two of the Royal Netherlands Air Force’s F-35As arrived at Edwards AFB after being transported from Eglin AFB in Florida.

The 323 Sqn aircraft were delivered for a test and evaluation phase, with an emphasis on testing deployment of the JSF during conflicts.

"Aspects such as self-defence and disabling both air and ground targets are evaluated,” Col Bert de Smit, 323 Sqn detachment commander, says. “The deployment of the weapon itself, setting up logistics and supporting systems and establishing maintenance procedures are also discussed.”

The Netherlands has confirmed plans to purchase up to 37 conventional take-off and landing F-35As, including two to support US-led initial operational test and evaluation.

Some 20 technicians, four pilots and 10 other staff are being trained to work with the type in a supporting role at Edwards AFB, Lockheed says.