Raytheon will assemble and deliver T-100 jet trainers from Mississippi if the company’s partnership with Leonardo wins a four-way competition to replace the US Air Force Northrop T-38 Talon fleet.

The selection of Meridian, Mississippi, as the final assembly site for the T-100 follows Lockheed Martin’s decision to assemble the T-50 built by Korea Aerospace Industries in Greenville, South Carolina.

Of the other bidders for the air force’s T-X contract, Boeing/Saab and Northrop Grumman have not named a final assembly site, although their clean-sheet prototypes are being tested in St Louis and Palmdale, respectively. 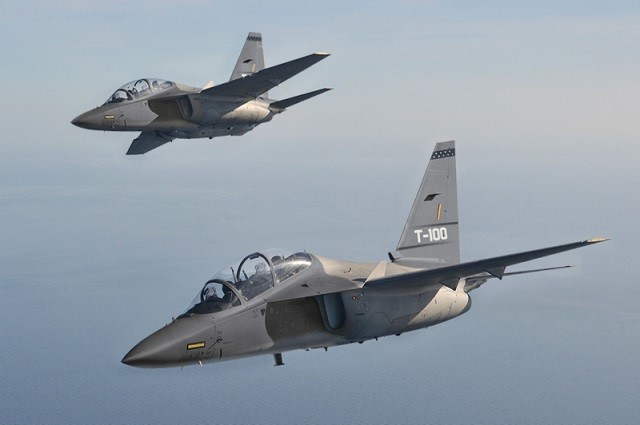 For Raytheon, the east Mississippi assembly site expands the company’s manufacturing operations in the state, which includes a plant 72km to the west that assembles active electronically scanned arrays for airborne radars.

The air force is scheduled to release the final request for proposals for the T-X contract in December. The award will replace more than 420 T-38Cs now serving as the air force’s advanced trainer for fighter and bomber pilots.

The Raytheon/Leonardo team’s bid is based on the M346. The Italian product now assembled in Venegono is a twin-jet design that grew out of a partnership in the early 1990s with Sukhoi, which now produces the similarly-cast Yak-130 trainer.

Powered by Honeywell F124 turbofan engines, the M346 is operated by the air forces of Italy, Singapore and Israel.