Raytheon has disclosed new details about the cruise missile body of the Miniature Air Launched Decoy-Jammer (MALD-J) it produces for the US Air Force, as the company seeks international sales of the decoy-only version and the air vehicle itself.

The company has partnered with Fokker Aerostructures of the Netherlands and Italian racing car manufacturer Dallara to develop a new composite missile body that it says is 25% cheaper to produce, compared with the current version. These advanced processes have already been brought into the manufacturing flow, beginning with production for the service’s Lot 7 contract, awarded in June 2014. 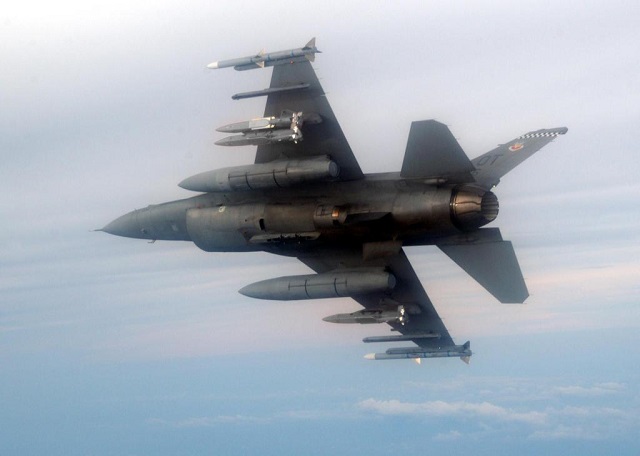 Raytheon sees the air-launched MALD body, which weighs less than 136kg (300lb) and has a range of about 500nm (926km), as a viable “truck” to host a variety of payloads – explosive and electronic – and already has permission from the US government to export it.

In an interview with Flightglobal in June, Raytheon MALD-J programme manager Brian Burton and business development manager Joe Staton said there were ongoing discussions with several countries about the “truck and decoys”, since the latest electronic warfare payload used in the jamming variant is not approved for export.

“There is interest in doing a wide range of things, kinetic and non-kinetic, domestically and internationally,” says Burton. “We have licences to discuss it with several countries, whether that’s a fit check or engineering discussion.”

The MALD is designed to replicate the electronic signature and flight profile of a “blue force” aircraft in decoy mode, or to switch to jamming mode to disrupt nearby enemy radars.

Burton says the weapon system is integrated with a Lockheed Martin F-16 Falcon and Boeing B-52 Stratofortress only at this point, but fit checks have been performed with the Eurofighter Typhoon and the US Marines Corps AV-8B Harrier. In addition, the US Navy is pursuing integration with its Boeing F/A-18 Super Hornet.

Raytheon also wants to deploy MALD from unmanned aircraft and the new internal rotary launcher on the B-52. Separately, it has developed an aft-ejecting launcher for the Lockheed C-130 Hercules. Burton says the programme has also explored integration with the General Atomics MQ-1 Predator and MQ-9 Reaper, as well as the smaller MQ-1C Gray Eagle used by the army.

MALD has been in production for several years, but the latest jammer version was cleared for full-rate production only recently. Lot 7 runs until 2016, and Raytheon’s latest annual contract for Lot 8 production of 250 units was awarded in March.