Lockheed Martin might have won the battle for the US Army’s lucrative Joint Air-to-Ground Missile programme, but Raytheon says it would still offer its tri-mode seeker alternative it developed for the Small Diameter Bomb II if another opportunity were to emerge.

On 31 July, Lockheed was awarded a $66 million engineering and manufacturing contract to pair its multi-mode seeker with its Hellfire Romeo missile body for improved accuracy against moving ground targets in poor weather conditions. 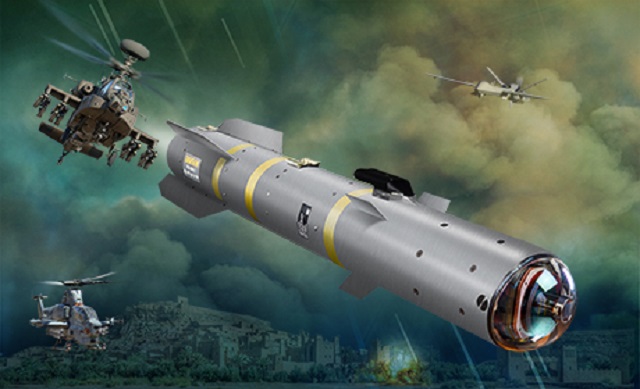 The announcement restarts the army’s bid to replace the air-launched Lockheed Hellfire and Raytheon TOW missiles with a single, improved weapon. It comes eight years after the precursor to JAGM, the Joint Common Missile acquisition, was terminated and more than one decade after the replacement was first proposed. Initial operational capability is planned for 2018, officials say.

The $66 million award represents just a small fraction of what the contract is actually worth in terms of future production quantities and international sales.

The weapon would be carried by US Army, US Navy and US Marine Corps attack platforms, including the Boeing AH-64 Apache and Bell AH-1Z Viper. It would also replace Hellfire on fixed-wing aircraft and unmanned air vehicles, and could eventually make its way onto the General Atomics Aeronautical Systems MQ-9 Reaper UAV.

The contract with Lockheed comes after two successful test flights against laser-designated stationary targets at Eglin AFB in Florida. Lockheed’s proposal was submitted earlier this year and was the only offer received.

Raytheon says it decided not to compete for the JAGM request for proposals posted earlier this year “after careful consideration”, but is not walking away from its tri-mode seeker alternative.

“Raytheon stands ready to assist the US Army with its efforts to field a JAGM solution. We would plan to offer Raytheon’s proven tri-mode seeker as part of the solution,” a spokeswoman tells Flightglobal.

The army had originally requested a tri-mode seeker, but the requirement was pulled due to budget pressures. Raytheon continued development of its seeker through the air force’s development of SDB II, which recently entered low-rate initial production. 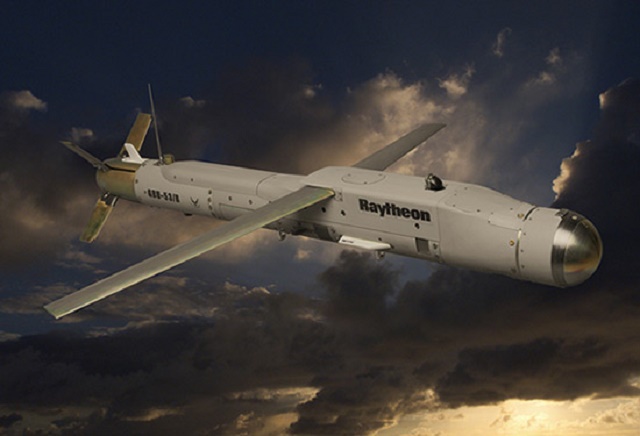