Raytheon and the US Air Force have completed the third round of operating testing of improved AGM-88F High-speed Anti-Radiation Missile (HARM) following a recent full-rate production decision, and the new version is now on track to be declared fit for combat.

The HARM Control Section Modification (HCSM) adds satellite and inertial navigation controls to keep the supersonic weapon on target and outside of pre-planned “zones of exclusion,” even if an emitting target switches off or a decoy switches on.

Raytheon says the last flight test of Operational Test-3 occurred on 5 August, and the new control section will be declared operational once the test series is complete. 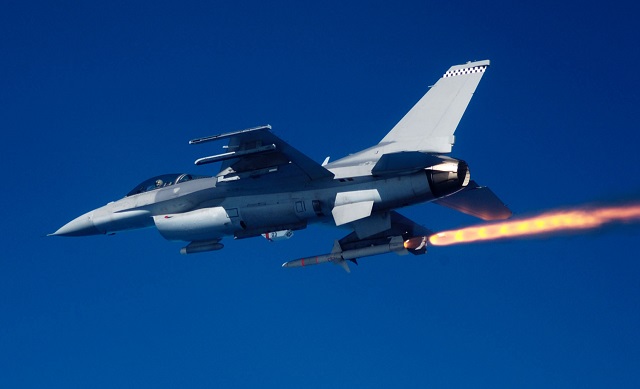 In a recent test from a Lockheed Martin F-16, the HCSM AGM-88F successfully navigated onto a target without being distracted by a “radiating emitter” or decoy located inside a zone of exclusion, which in the real world could represent an area with friendly forces, civilians, or a non-combatant state.

The upgrade, developed internally by Raytheon, essentially keeps the HARM programme alive even as the US Navy pursues another version – the Orbital ATK AGM-88E Advanced Anti-Radiation Guided Missile (AARGM). HARM is fielded on the F-16, F/A-18 and EA-18G.

The new control section has not yet been listed for export, although Raytheon says there is significant interest in the upgrade from international HARM customers.