Resurrected B-52H returns to flight after seven years in storage

A US Air Force Boeing B-52H is back in flight after spending eight years parked in storage in the Arizona desert.

The regenerated Stratofortress, nicknamed Ghostrider, completed first flight on 30 August at Tinker AFB, Oklahoma, rising into the sky without a painted livery. 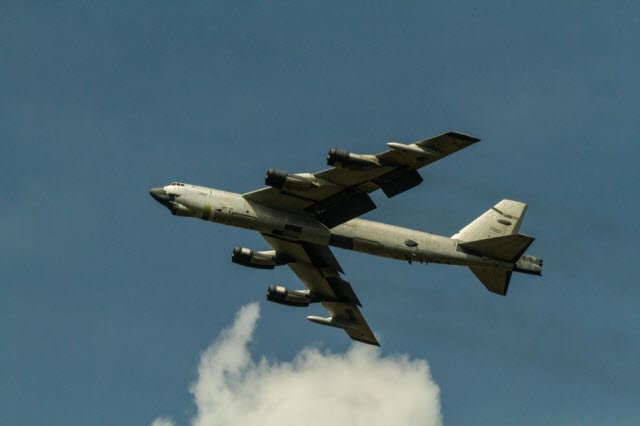 The base’s Air Logistics Center was tasked with restoring the airworthiness of the un-retired B-52H, reversing a normally one-way trip for aging military aircraft to the “boneyard” at Davis-Monthan AFB near Tucson, Arizona.

The air force will use Ghostrider to replace another B-52H severely damaged by fire in 2014, restoring the strategic bomber fleet to approved levels. The air force maintains of fleet of 58 B-52s in the active duty force and 18 more in reserve units.

The Air Logistics Center plans to complete several more flights of the B-52H at Tinker before handing the bomber over to an operational squadron at Minot AFB, North Dakota.