Reunion debris confirmed to be from 777

The flaperon-like debris discovered on a beach on Reunion Island last week has been confirmed to be from a Boeing 777 aircraft, although it has not been determined whether the part belongs to the Malaysia Airlines 777-200 that went missing last March.

Malaysia’s transport minister Liow Tiong Lai says in a tweet that the French authorities and Boeing have “officially identified” the flaperon as being part of a 777.

In a separate tweet, he adds that the location of the debris is consistent with drift analysis determined by experts, while urging against speculation. 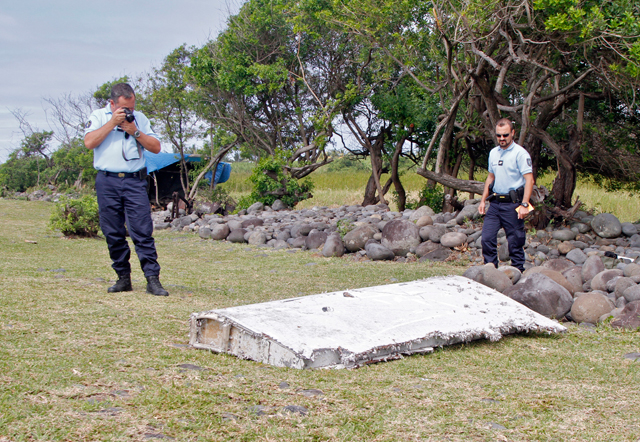 “We must verify flaperon is from MH370,” says Liow. “If more debris can be found it will aid the experts in the substantive analysis of what happened to the missing plane.”

The verification process on whether the part belongs to the missing jet will start on 5 August in France, Liow tells the Malaysia media on 3 August.

The country has also called on territories near the island of Reunion to assist in the search for possible pieces of wreckage.

The flaperon-like object, reportedly carrying a code that reads ‘BB670’ or ‘657BB’ was discovered on a beach on Reunion Island, a French island in the Indian Ocean, east of Madagascar.

Flight MH370 disappeared on 8 March 2014 while enroute from Kuala Lumpur to Beijing while flying over the Gulf of Thailand. Subsequent analysis of satellite ‘handshake’ data determined that the aircraft changed course and likely ended its flight over the southern Indian Ocean.