“There already is the task in our rearmament programme of creating a future light fighter, and it will be built,” Rogozin said in response to a question from a Duma deputy. “Light fighters are always in demand from the point of view of export potential. Look at the [RAC] MiG-29, for example; it outperforms heavy fighters.” 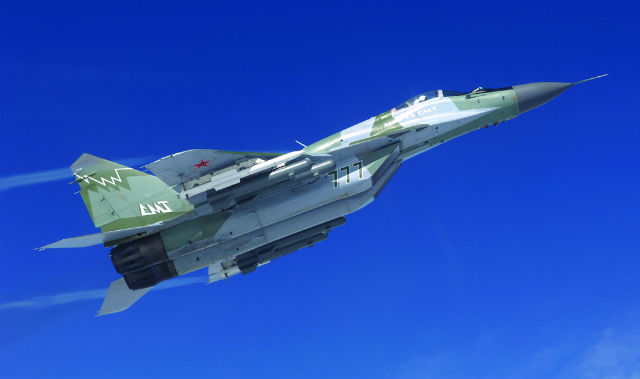 Russia has always produced a mix of heavy and light fighters, notes Rogozin, who oversees the defence industry. It is currently manufacturing derivatives of the Sukhoi Su-27, designated for its forces, as well as the advanced Sukhoi T-50 stealth fighter, to replace the early-variant Su-27s in service. There is no apparent replacement, however, for the hundreds of MiG-29 fighters in use.

RAC MiG has not had a clear designated successor for the MiG-29 since the demise of the twin-engined Article 1.44 demonstrator in the 1990s. It revived the concept for such a light tactical fighter with initial interest from India around 2001, but New Delhi later opted for the developmental T-50.

Previous Russian air force commanders have referred to a single-engined light fighter sharing the same engine, radar and weapons as the T-50.

RAC MiG is likely to be out of production work once a current batch of MiG-29K naval fighters is completed for the Russian navy. The first four have already been delivered.

Air force commander Lt Gen Viktor Bondarev said in April 2013 that a heavy replacement will be also be built for the service’s modernised MiG-31BM interceptors, with a planned in-service date of 2028.

Funding the construction of another new fighter design, let alone two, would be problematic for the Russian government, which said earlier this month that its budget in the next decade is likely to fall well short of earlier projections.