The Russian defense ministry has confirmed that it will restart the production line for the Soviet-era Tupolev Tu-160 “Blackjack” supersonic strategic bomber.

In a series of tweets on 29 April, the ministry says it is “necessary to resume production of the Tu-160 missile carriers”, adding that it is “the best aircraft in its class”.

Tupolev is in the process of modernising the Russian air force’s Tu-160 to an enhanced Tu-160M standard. The first upgraded example had its first flight on 16 November 2014 and was delivered in December 2014, alongside an upgraded Tu-95MS “Bear” strategic bomber.

The defense ministry also tweets that the Russian air force will receive two Tu-160Ms and 12 long-range Tu-22M3 bombers by the end of 2015, upgraded in Kazan. The Russian air force has 13 Tu-160 in service with 14 on order, Flightglobal’s MiliCAS Fleets database shows.

A second phase of modernisation will begin in 2016 with the addition of upgraded Kuznetsov NK-32 engines, Russian news agency Itar-Tass said in December. 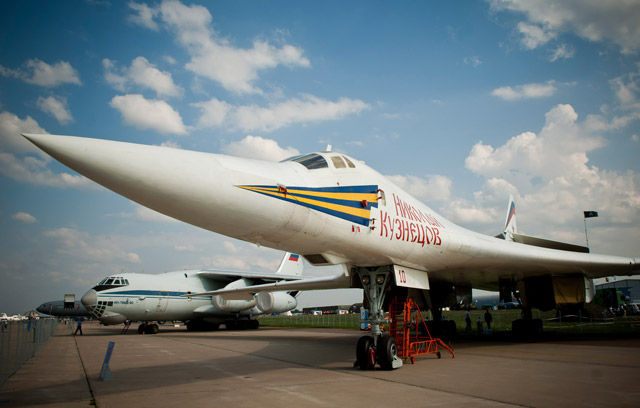 The Tu-160 is now Russia's only bomber in active production, and the restart of production is expected to bolster the air force’s capability until its future prospective aviation complex for long-range aviation (PAK-DA) bomber begins production after 2020. PAK-DA is touted as a flying-wing design that will eventually replace the Tu-160 and Tu-95.