Russia's air force expects to begin fielding a replacement for its Mikoyan MiG-31 interceptors by 2020 and to retire the type by 2028, says its commander, Lt Gen Viktor Bondarev.

"We have started development of a new aircraft of this type and I think we can develop this plane before the end of the state armament programme in 2020," Bondarev said at a meeting with Russian parliamentary deputies. "The new plane should replace the existing fleet by 2028."

Bondarev did not specify if the new aircraft might be a derivative of an existing design or an emerging one such as the Sukhoi T-50/PAK-FA or Su-35. 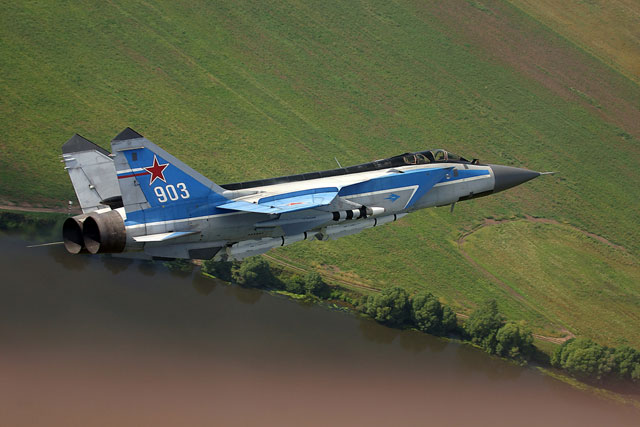 Some analysts think the air force will be hard-pressed to get an entirely new aircraft in use by the date quoted by Bondarev.

"In terms of both design and financial resources this looks very challenging, unless an existing platform was the basis for any project," says Douglas Barrie, air warfare analyst at the London-based International Institute of Strategic Studies.

Bondarev says the air force has 122 MiG-31s in service, with about half undergoing conversion to the MiG-31BM standard. This adds a new multimode radar, multifunction cockpit displays and the ability to use Vympel's RVV-BD long-range air-to-air missile.