The US government is trying to prevent further encounters between the Russian and Turkish air forces over the border zone between Turkey and Syria.

On 24 November, a Turkish Lockheed Martin F-16 shot down a Russian Sukhoi Su-24, with Ankara claiming that the latter had entered Turkish airspace. The incident between the NATO member and Moscow has created major concern in Washington DC.

Following the incident, Israeli sources suggested that if the Russian strike aircraft had been flown near an "enclave" of Turkey close to the Syrian border then it should have been obvious that its crew had no "bad intentions".

Russian President Vladimir Putin has called Turkey's action "a stab in the back" carried out by the "accomplices of terrorists", and warned that the incident will have "serious consequences" for Moscow's relations with Ankara.

Turkey confirms that the downed Su-24 was engaged by two of its F-16s. It says the aircraft was targeted in line with its rules of engagement, after "violating the country's airspace". 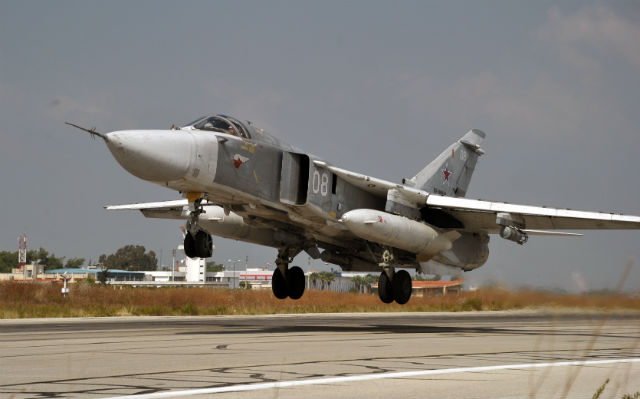 Russia has rejected the Turkish version of events, claiming that its aircraft had not violated Turkish airspace, and had been flying at an altitude of 6,000m (19,700ft).

There have been conflicting reports about the fate of the Su-24's two crew members, who ejected following the engagement. As-yet unconfirmed claims also suggest that a Russian rescue helicopter that was sent to the area was hit by a surface-to-air missile and then destroyed by an anti-tank weapon after making an emergency landing.

Israel is following the situation very closely, as it is also conducting aerial activity over Syria, according to Western sources.