Burt Rutan pledged to continue designing new aircraft after completing the first flight of the homebuilt SkiGull amphibian, his 47th design to fly.

The first flight on 24 November from a runway in Coeur d’Alene, Idaho, last 1.8h and checked-out the single-engined aircraft’s basic handling qualities, according to a Facebook page for a forthcoming documentary movie entitled, “Looking Way, Way Up: The Burt Rutan Story”.

Pictures of the aircraft reveal an amphibious design that uses retractable skis for water take-offs and landings, which reduces the aerodynamic penalty imposed by a boat hull shape.

In a letter posted online by the Experimental Aircraft Association, Rutan explains that the SkiGull needs as much fuel efficiency as possible. He intends to fly the light aircraft on long-endurance flights across oceans. 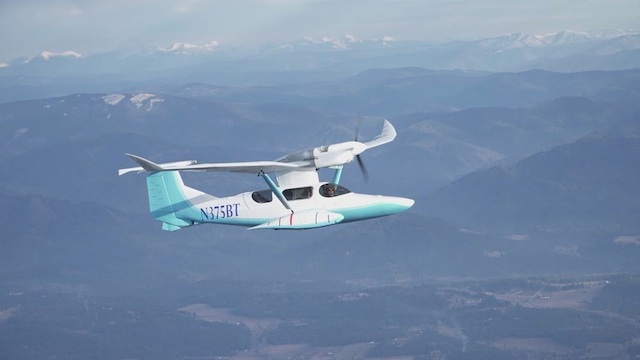 Rutan began building the SkiGull in early 2014, a few years after retiring from managing Scaled Composites, the shop where he designed breakthrough aircraft such as the Voyager, Proteus and SpaceShipOne.

But Rutan, 72, admits the process of building a homebuilt, composite aircraft is too exhausting for him to attempt again. Rather than piecing new aircraft together in his garage, he will continue designing new aircraft and leave the building work to others, Rutan says.

Meanwhile, Rutan also intends to resume playing golf, the hobby he abandoned two years ago to complete the SkiGull. The SkiGull has a “huge baggage compartment”, he writes, which may allow him “load it up for golf trips”.

The EAA also hopes that Rutan will display the SkiGull at the next AirVenture fly-in in Oshkosh, Wisconsin, next July. Rutan unveiled the SkiGull design at the last AirVenture event, but was unable to complete the aircraft in time to fly it to Oshkosh in person.