Saab’s new self-protection system for fixed-wing aircraft – the ESTL – flew on board the Gripen multi-role fighter for the first time earlier this month, the company has revealed.

The maiden flight of the ESTL system was carried out using a Swedish air force Gripen C “in early June”, with Saab expecting the additional capability to help draw interest from potential international customers. 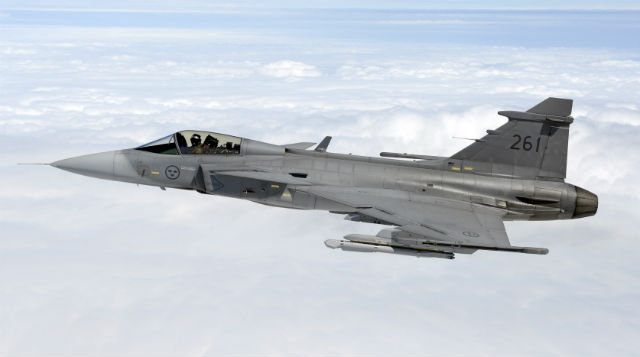 “This successful first flight is an important step for the ESTL project and we look forward to continuing test flights and increased customer interest in many countries worldwide,” Carl-Johan Bergholm, head of the Electronic Warfare Systems business unit at Saab, says in a company statement.

ESTL is a self-protection system available for any fixed-wing aircraft that can be installed on a mission-to-mission basis, and configured for different threat scenarios, says Saab.

“ESTL offers enhanced survivability in combat and conflict situations,” Bergholm says. Traditional countermeasures may encounter difficulties with the latest generation of air-to-air and surface-to-air missiles, but the ESTL concept includes a module of forward-firing flares, he adds. “This, together with the missile approach warning sensors and an optional chaff capability, makes ESTL a powerful shield against the latest missile developments.” 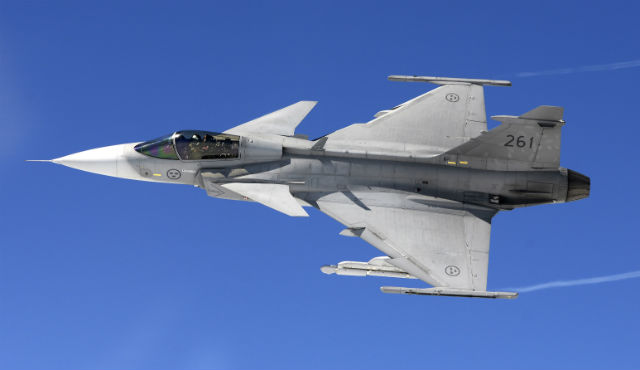 In addition, a standard Raytheon AIM-9 Sidewinder and AIM-120 AMRAAM interface makes it possible to share ESTL units among the aircraft of a whole fleet. Mass and aerodynamics are on a par with the missiles, which substantially simplifies integration and certification, Saab notes.