The A319 (G-EZBD) was conducting a ferry flight to Edinburgh on 13 July last year, its first operation after a month in storage.

Although the origin of the obstruction could not be determined, the Air Accidents Investigation Branch believes the system was “significantly blocked”.

It states that the pilots had been prepared for such a possibility, because they knew the aircraft had been parked for a protracted period and were aware of incidents in which pitot tubes of stored aircraft had become blocked.

“During their briefing the pilots discussed cross-checking the airspeed indications at 80kt and emphasised the need to make any discrepancy of more than 20kt clear to each other,” says the inquiry. 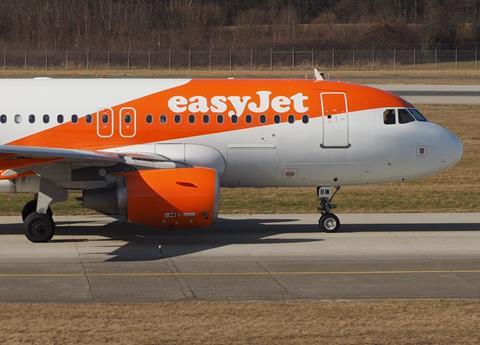 The aircraft began the take-off roll from intersection H on runway 07. As the first officer checked his displays, he realised the airspeed reading was remaining at 40kt even though the standby instrument had risen through 60kt and reached 80-90kt.

He informed the captain of the discrepancy, and the captain opted to reject the take-off even though the A319 was travelling at 120kt – about 11kt above the V1 decision speed.

With only the two crew members on board, the aircraft was lightly loaded and came to a halt about 350m from the end of the runway. It subsequently taxied back to the stand.

Pitot covers had been recorded as fitted during the storage period, and the inquiry could not determine when the blockage occurred.

All three pitot systems were examined and flushed, and some debris emerged from that on the first officer’s side.

“The material was not recovered so the quantity and constituent of the debris could not be determined,” says the inquiry.

It points out that, while the first officer’s airspeed indicator read 40kt, this was a minimum display figure and the actual calculated airspeed was zero – suggesting a substantial obstruction.

Investigators state that each pilot had performed “relatively little flying” in the three months prior to the incident. But while the first officer felt that lack of recency had been a factor, the captain believed otherwise.