A320neo operators had been told last year to emphasise to pilots the need for airspeed checks during the take-off roll, to check for potential unreliability, after simulations revealed potential effects on aircraft response from erroneous – but consistent – airspeed indications.

While the condition had not been encountered during operations, the European Union Aviation Safety Agency expressed concern that the re-introduction of aircraft placed in long-term storage could result in incidents of reduced aircraft control after take-off.

It ordered a temporary revision to the A320neo family flight manual to reflect the precaution, and provide instructions on aborting take-off if necessary, as well as a requirement that standby airspeed indicators be functional. 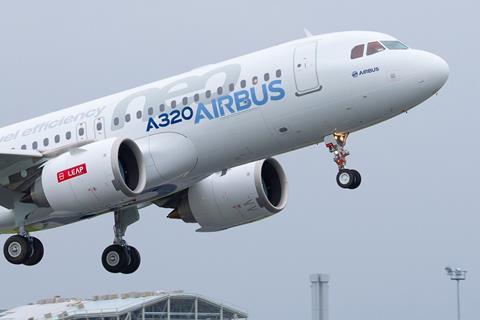 EASA states that Airbus has devised a modification to detect instances of multiple consistent erroneous indications, such as those which could arise if two or three pitot tubes are blocked but generate similar air-data readings.

The authority is set to order operators to install an upgraded elevator aileron computer on the twinjet type.

EASA will require the modification on affected aircraft within nine months, and removal of the flight-manual and minimum equipment list revisions two months after the fix has been implemented.