UK investigators have disclosed that a departing Airbus A320 had only just become airborne when a Boeing 737-800 touched down on the same runway, after delays to the departure resulted in rapid closure of their spacing.

With the Norwegian 737 some 6nm from landing on Edinburgh’s runway 06, a trainee controller cleared the EasyJet A320 to line up for take-off.

But the airport was operating under low-visibility conditions and the A320 crew had to prompt the controller – who had been attending to another aircraft – to extinguish the stop-bar lighting in order to proceed. 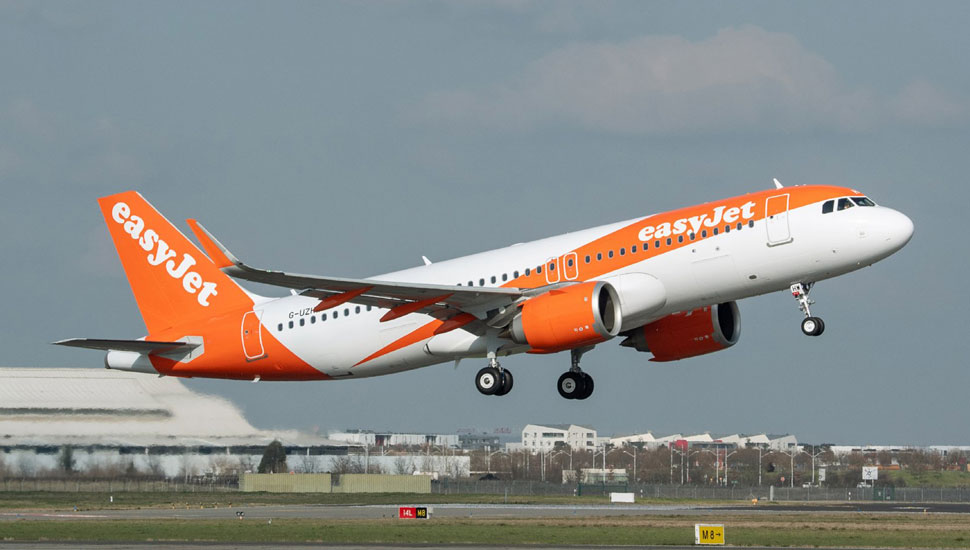 This meant the A320 did not move for nearly 35s after being cleared for line-up. The impact of the hold-up was exacerbated by the approach speed of the 737, which had been instructed to maintain at least 160kt in order to assist with spacing from a following aircraft.

Air Accidents Investigation Branch analysis found the 737’s groundspeed was 181kt at 6nm, and that this “higher than normal” speed “may have caught the trainee controller by surprise”.

While the aircraft’s groundspeed was displayed in the tower, the inquiry says the controller was more familiar with judging separation visually. But the weather conditions prevented such observations until the 737 was just 2nm from touchdown.

This meant the closure of the gap between the 737 and the departing A320 went unnoticed until the late stages of the approach.

Although an instructor was monitoring the trainee controller, he had missed the developing situation and only realised its seriousness when the 737 emerged from cloud – a few seconds before a runway incursion alert sounded.

“He could see both aircraft out the [tower] window and, although they were close, he was not concerned about them closing together,” says the inquiry into the incident, on 13 August last year.

Having decided that it was too late to stop the A320’s take-off roll, and not wanting to order a go-around which would result in the two jets entering cloud at close proximity, the instructor opted to give the 737 crew a landing clearance.

The 737 touched down just as the A320 reached a height of 60ft, the aircraft being separated at this point by 875m.

Earlier intervention by the instructor might have resolved the conflict more effectively, says the inquiry.

Investigators state that the EasyJet A320 crew had been “completely unaware” of the situation, because the pilots could neither see the approaching 737 nor had been instructed to be ready for immediate take-off.

EasyJet stresses that it "fully assisted" the Air Accidents Investigation Branch with its probe, adding: "The safety of our passengers and crew is always EasyJet’s highest priority."

While the 737 crew could have executed a go-around, the inquiry says, several factors probably dissuaded them from taking such a decision. The pilots were used to tight-spacing operations at London Gatwick and could see the A320 on the runway, but were told to expect a late landing clearance.

“This confirmed in the minds of the [737] crew that the controllers were fully aware of the position of both aircraft,” says the inquiry.

It also points out that the crew consisted of three captains, potentially complicating the decision-making dynamics, especially given that the captain acting as monitoring pilot in the left seat was being assessed before completing his training.

“There may have been reluctance from all three pilots to voice their concerns for fear of jeopardising the assessment,” says the inquiry. The crew might also have experienced “plan continuation bias” which can cause people to continue with original actions – especially close to completion – and ignore cues indicating a different course is required.

None of those on board the two aircraft – identified as EI-FJW and OE-IVC – was injured.