Vast regions of Africa and the Indian Ocean are set to benefit from satellite-based landing technology after the European Space Agency reached agreement with African air navigation service Asecna to deploy augmentation systems covering an area of 16.5 million km².

Initial operational capabilities for the project – based on the European EGNOS concept – will be achieved in 2025, according to ESA.

EGNOS is a geostationary satellite overlay which corrects signals from the GPS satellite constellation in order to achieve the positioning precision necessary to support approaches and landings.

“Airspace users will benefit across the continent from the most advanced navigation services and will significantly improve the safety and efficiency of their operations, and reduce their environmental impact.”

Moussa says the service will also provide “valuable” assistance to other sectors including shipping, agriculture and surveying. 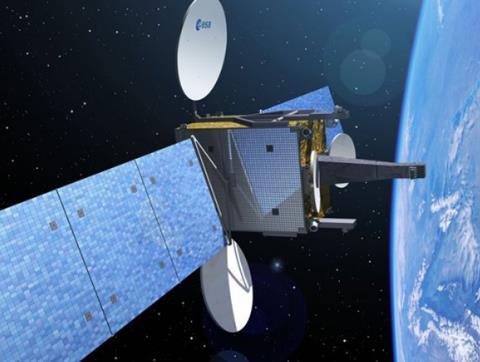 The augmentation project will feature ground reference stations, mission control centres, and uplink stations. It will provide “metre-level” accuracy and a “high level of integrity”, says ESA’s Didier Flament, who oversees EGNOS, adding that there will be a “progressive coverage” of the continent.

It will support all flight phases including en route and precision approach, and offer positioning data for surface surveillance.

EGNOS is undergoing an upgrade programme, known as V3, which will enable it to use the Galileo satellite system from around 2028. This upgrade aims to support a future capability for autoland.