An Air India Express Boeing 737-800 was diverted to Mumbai Chhtrapati Shivaji International airport after one of its wheels hit the boundary wall of Tiruchirappalli International Airport on 12 October at 01:18 local time.

The low-cost carrier tells FlightGlobal the incident happened while the aircraft was taking off. It was operating as flight IX611 from Tiruchirappali to Dubai, carrying 136 passengers and crew members. No one was injured in the incident.

While the airline was unable to specify the aircraft's registration, flight tracking sites suggest that the 737 bears the registration VT-AYD, and that it landed in Mumbai at 05:39 local time.

Images on social media show a long tear in the fuselage immediately aft of the main landing gear bays.

Local media reports indicated that the pilots, who apparenntly claimed to be unaware of the incident, have since been removed from duty. 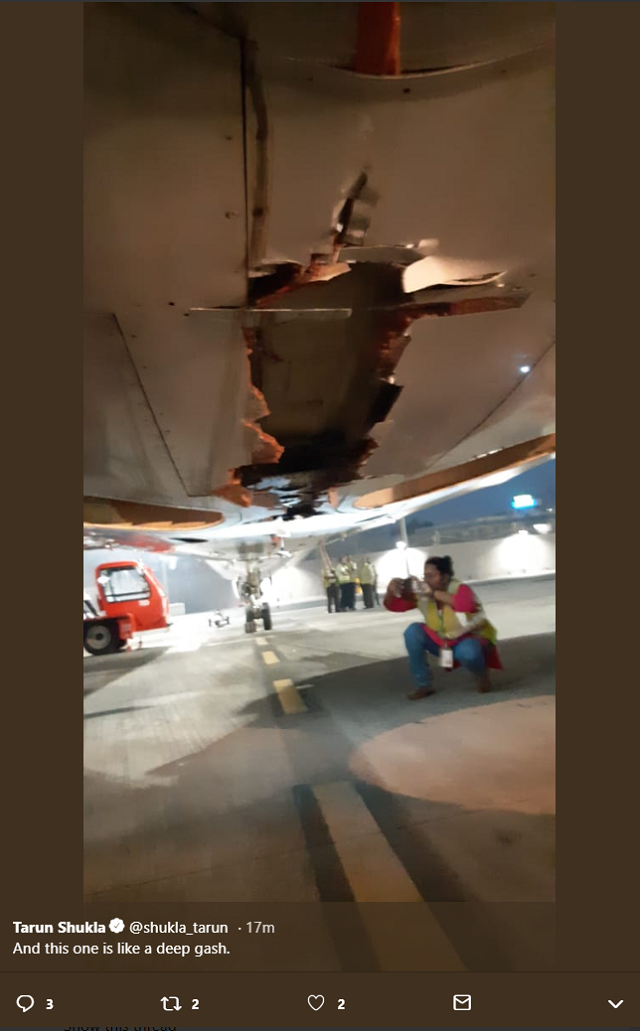 Air India Express adds that investigations are underway, and that the 737 is undergoing repairs at Mumbai airport.

Flight Fleets Analyzer shows that VT-AYD was built in 2009, and is owned and managed by Air India Express.