Fort Worth, Texas-based American, whose flight AA4645 to Columbus was the first to depart at 05:59 local time today, Air Canada and Southwest Airlines are using the facility, with United Airlines due to join in mid-2019, says terminal B redevelopment concessionaire LaGuardia Gateway Partners. 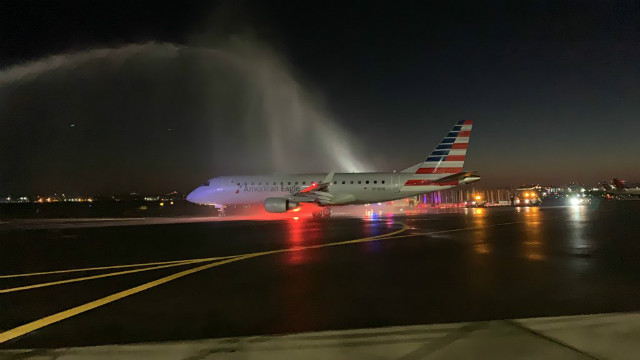 The eastern concourse is one piece of a larger rebuild of the popular but aging New York City airport. The project will see all of terminals B, C and D replaced by 2026. LaGuardia Gateway Partners is responsible for the $4 billion terminal B project, and Delta Air Lines for the $3.9 billion terminals C and D project.

Derided by many for its run-down condition, LaGuardia was famously compared to airports in a "third world country" by then US vice-president Joe Biden in comments about the country's infrastructure in 2014.

"This is like the opposite in every respect," says Stewart Steeves, chief executive of LaGuardia Gateway Partners, comparing the new concourse to the old LaGuardia central terminal on a walk-through of the facility with FlightGlobal today.

Everything from the soaring curtain glass walls that let in natural light to varied seating options that give passengers the opportunity to "personalise" their experience, and family-friendly restrooms are different, he says. 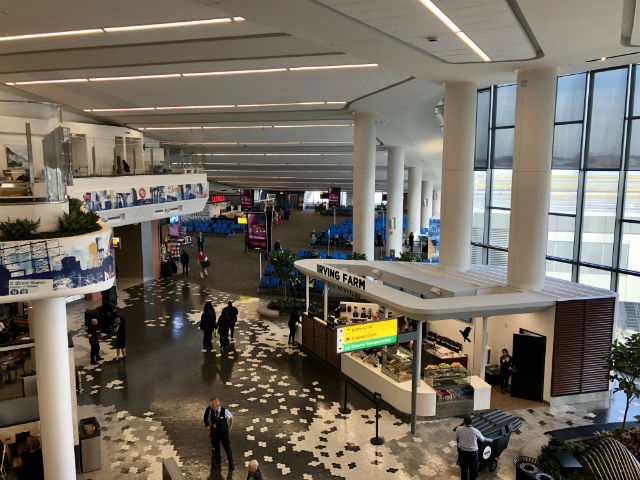 “For too long, LaGuardia airport has offered its passengers a substandard experience," said Rick Cotton, executive director of the Port Authority of New York and New Jersey, which operates LaGuardia, in a statement. "[The] opening of the first new concourse shows the Port Authority is committed to improving the passenger experience with world-class facilities."

In addition to the LaGuardia works, the Port Authority is in the midst of redevelopment projects at both Newark Liberty and New York John F Kennedy airports. A new terminal 1, which will replace terminal A, is under construction at Newark and due to begin opening in 2021, and New York governor Andrew Cuomo unveiled a $13 billion redevelopment plan for JFK in October that could be complete by 2025.

LaGuardia is the smallest, but arguably the most popular due to its convenience to Manhattan, of the three New York area airports. It handled 30.9 million passengers during the year ending in September, compared to 46.7 million at Newark and 62.6 million at JFK, Port Authority data shows.

The terminal B project at LaGuardia will replace the facility and its four concourses, which opened in 1964, with a new 78,040m2 (840,000ft2) terminal and two concourses with 35 gates. Today, 11 of the 17 gates on the eastern concourse opened. 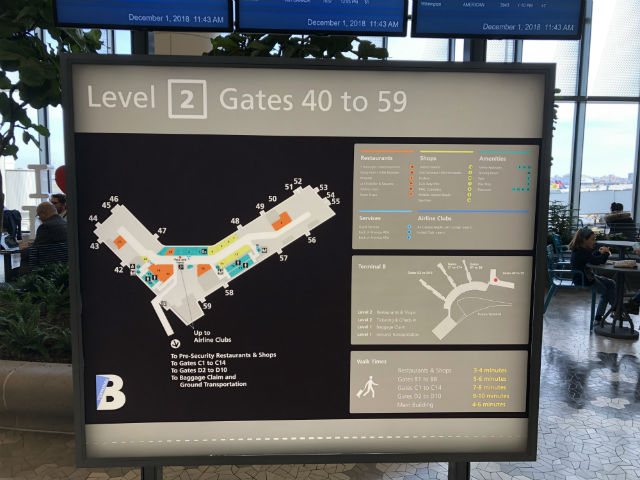 Map of the new eastern concourse at LaGuardia

Air Canada and American will each use three of the gates that opened today, and Southwest will use four gates. United will use six gates when it moves in next year. 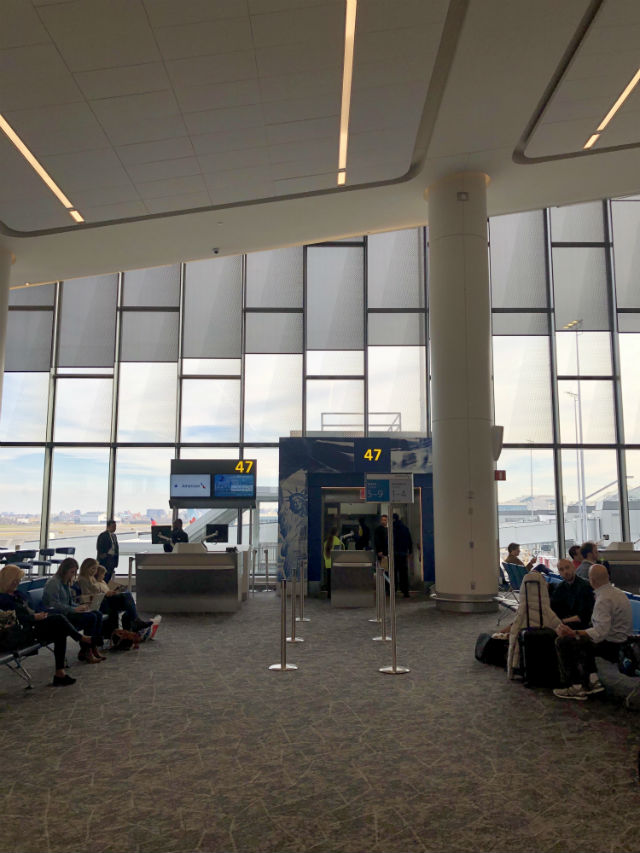 A gate area in the new LaGuardia concourse

The majority of American's operations at LaGuardia continue to use the original terminal and concourses. It will predominantly use the planned new western concourse that is due to open in 2021.

Montreal-based Air Canada operated its first flight from the new concourse today, and Dallas-based Southwest will begin operations from the facility on 2 December.

The first section of the eastern concourse was scheduled to open in May, with the second half due in August, the initial project timeline in 2016 shows. However, issues related to the facility’s glass curtain wall, prefabrication of materials and access to the site delayed the opening, according to Moody’s Investors Service.

"We're absolutely on track," Steeves says of the entire project, which is due for completion in 2022. The next piece, the terminal headhouse, is due to open in early-2020, he says.

The first section of Delta’s terminals C and D redevelopment is due to open in 2021 with the full works complete by 2026.