An-124 damaged during Milan tail-strike: investigators

Ukrainian investigators have disclosed that an Antonov An-124 outsize freight transporter was damaged by a tail-strike at Milan last month.

It was operating from Nacala, on the coast of northern Mozambique, to Milan on 17 August.

During the landing, says Ukrainian investigation authority NBAAI in an information bulletin, the aircraft’s aft fuselage struck the runway surface.

It adds that this resulted in damage to the outer skin of the freighter’s rear ramp doors.

The An-124 sits low on its landing-gear, to aid with nose and rear loading through the forward and aft ramps, and a tail-strike can result from a relatively small nose-up pitch – perhaps 8° – during a flare.

Meteorological data for Milan’s Malpensa airport at the time of the incident indicates good weather although an 11kt wind from the north-east, generating a crosswind component for runway 35L. 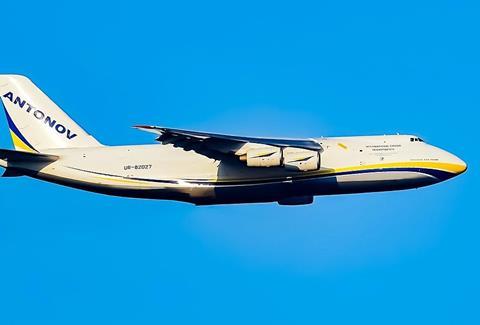