French investigators have disclosed the carriers' actions in an analysis of a serious departure incident from the Colombian capital in March 2017. 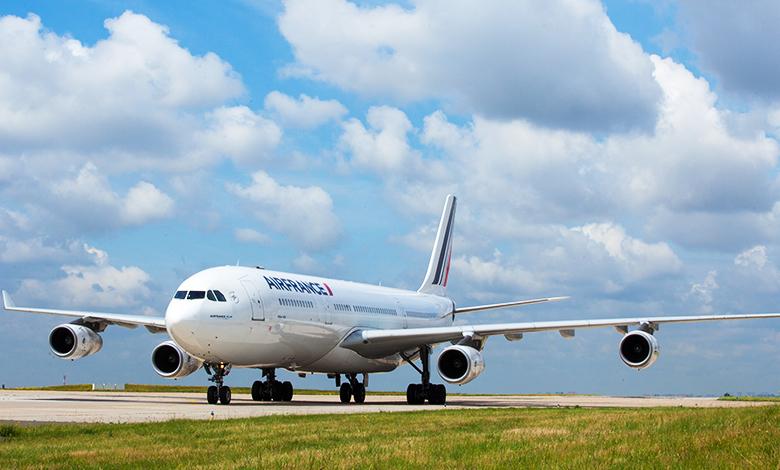 But it did not lift off for another 11s at which point it was only 140m from the threshold of the opposite-direction runway 31L, crossing it at a height of just 6ft.

So low was the jet that the supplementary first officer asked the captain whether the wheels might have snagged the localiser antenna, which the aircraft had overflown at 12ft with "close to zero" vertical speed, says French investigation authority BEA.

The take-off distance was nearly 990m longer than that defined by performance models, and BEA says this exposed the aircraft to increased risk of excursion or obstacle collision.

"Simulations carried out by the manufacturer showed that the rotation rate…was significantly lower than that assumed for certified performances, and that this was the main contributing factor to the longer take-off distance," it adds.

Air France and Lufthansa, both of which served Bogota with A340-300s, conducted a joint analysis of rotation techniques in the aftermath of the incident.

The two airlines compared their flight data on Bogota departures – a total of 1,900 from runway 13R for Air France and 400, from all runways, for Lufthansa.

Lufthansa had previously looked into rotation issues after a take-off incident in Johannesburg in 2004 and long take-off runs in 2007, 2011 and 2012.

Its studies showed an average continuous rotation rate of 1.9°/s rather than the 3.1°/s required by the A340-300 performance model.

But BEA says that Lufthansa has resisted specific training to adapt take-off techniques, in order to avoid a possible increase in tail-strike risk.

These discrepancies between the theoretical performance model and the actual situation in operation effectively increase the take-off distance by 200m.

Air France's flight-crew techniques manual had specifically cautioned against low rotation rate. It pointed out that rates of 2-3°/s would have "minimal impact" on the take-off run, but rates "significantly" below 2°/s "should be avoided".

Airbus last year revised its manual for the type, quantifying the effect of a 2-3°/s variability in rotation rate as translating into a 300m extension of the take-off run.

Both Air France and Lufthansa have introduced a restrictive measure for Bogota departures, an artificial reduction of the runway length for performance calculations in order to provide additional safety margins.

Lufthansa has implemented a 280m reduction in available length for A340-300s.

About a month after the Bogota incident, Air France put an initial 200m hypothetical runway restriction in place, and amended departure procedures from the airport to require full-thrust, including reaching 50% of thrust while on brakes.

BEA says the 200m reduction was calculated to take into account the most critical identified situation, and to ensure compliance with regulatory margins.

This limitation was subsequently increased to 380m in order to account for the possibility of engine failure. The carrier also extended the take-off thrust requirements for A340 departures to all airports served by the type.

Air France has set up specific training courses on A340 rotation techniques, intended to instil best practice set out in crew manuals, reduce the variability of rotations, and increase the awareness of crews to tail-strike or performance risks.

Initial results of this training effort, covering 600 A340 flights, showed that crews had been changing their rotation techniques, lifting the average rotation rate to 2.2°/s.

Air France's implementation of precautionary measures have enabled the carrier to reduce take-off distances – although BEA points out that they still remain higher than those of the theoretical model.