The Australian Transport Safety Bureau (ATSB) has recommended that ICAO review its guidance for centreline lighting on runways wider than 50m after completing its investigation into a runway excursion incident at Darwin airport on 6 December 2016.

The incident involved a Virgin Australia Boeing 737-800, registered VH-VUI, that was operating a scheduled flight from Melbourne to Darwin, and saw the aircraft receive minor damage.

The ATSB says that the flight crew established and were able to maintain clear visual reference of the airport’s 60m-wide runway 29 until they encountered heavy rain shortly before reaching the threshold.

“Under the influence of a light but increasing crosswind, the aircraft drifted right without the flight crew being able to discern the extent of the drift,” it adds in its final report.

As a result, the aircraft landed 21m to the right of the runway centreline and left the sealed service, destroying six runway lights. The aircraft’s tyres sustained some damage, while ground debris damaged the rear fuselage of the aircraft. 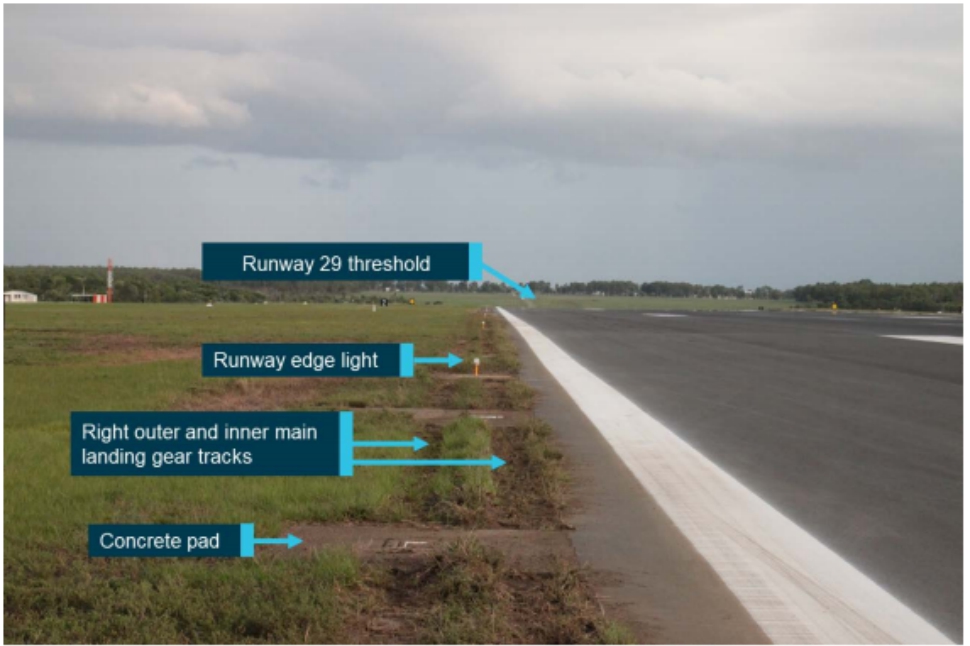 Further analysis by the bureau of similar incidents found that Category I runways wider than 50m without centreline lighting are “over-represented in veer-off occurrences involving transport category aircraft landing in low visibility conditions.”

ICAO’s Annex 14 recommends that Category I runways wider than 50m have centreline lighting installed, but does not make it mandatory, which it identified as a safety issue.

It has issued a safety recommended that ICAO review the effectiveness of its recommendation due to the high number of veer-offs from those runways.