As the aircraft, registered VH-FVR, was operating a flight between Canberra and Sydney on 20 February 2014, there was a sudden decrease in tailwind that caused the pilots to unintentionally apply opposing control inputs to their control columns to reduce its speed.

That resulted in the aircraft’s pitch uncoupling mechanism being activated, allowing the aircraft’s elevators to operate independently of each other and generated aerodynamic loads that caused significant damage to the horizontal stabiliser. 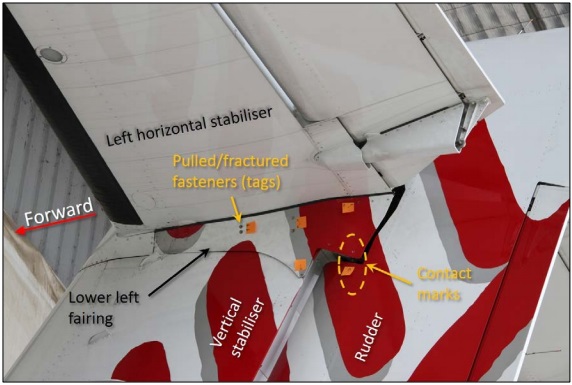 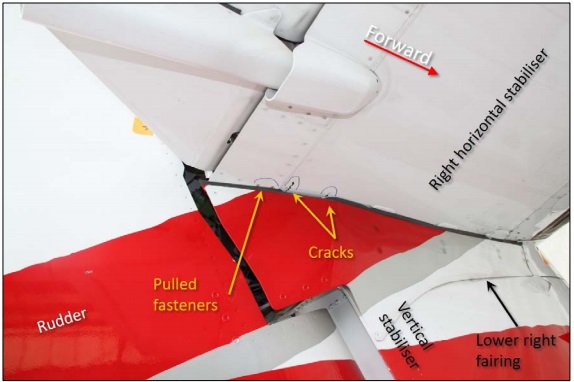 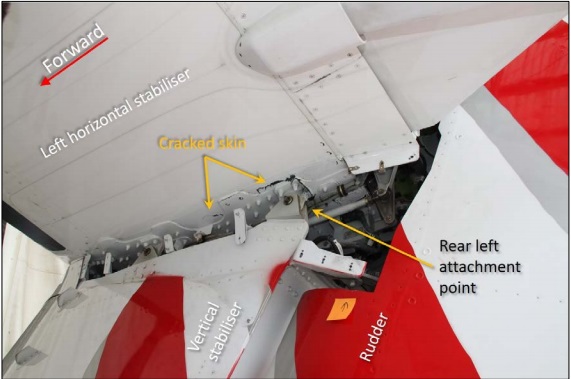 Pictures showing some of the damage to VH-FVR's horizontal stabiliser

Despite an engineering inspection after the aircraft landed, the damage was not discovered until it had operated a further 13 flights, and the stabiliser was subsequently replaced. Cirium’s Fleets Analyzer shows that the aircraft was out of service for around 10 months while the repairs were made.

The ATSB says that the discovery of that damage triggered one of its most complex investigations, and its interim reports led to changes by the operator, its maintenance provider and the manufacturer to address safety issues.

Nonetheless, the final report has recommended that EASA take “further action to review the current design standard (CS-25) in consideration of effect that dual control inputs may have on control of aircraft.”

It also recommended that ATR perform an operational risk assessment of the “limited tactile feedback” between the two control columns, and undertake a detailed review of the effects of dual control inputs to determine if there may be any impact on the controllability of the aircraft.

He adds that the recommendations are seeking to achieve “further incremental safety improvements.”