Boeing is developing a modification for passenger and freighter 777s after the discovery of a fuel discrepancy problem involving the centre wing tank.

The modification follows at least 25 instances of disparity between the aircraft’s fuel-quantity indicator for the centre tank and the uplifted amount from refuelling trucks – after which the crew received a ‘fuel disagree’ or ‘insufficient fuel’ message within 3h of departure.

At least 16 of these occurrences led the crew to continue the flight, after which six aircraft arrived at their destination while 10 had to land at a diversion airport.

Investigation of the insufficient fuel situation has traced the issue to a “design flaw” in the fuel-quantity indicating system, says a US FAA directive.

This flaw results in improper fuel-density calculation and leads the indicator to show a different fuel quantity to that actually present in the centre wing tank.

“In almost all of the events, the [indicator] showed more fuel than the actual fuel quantity in the [tank], resulting in less fuel on the [aircraft] than the required fuel load for the mission,” says the directive.

But it states that the discrepancy can also work the other way, with the indicator suggesting less fuel than the total uplifted, and the aircraft carrying more than necessary. 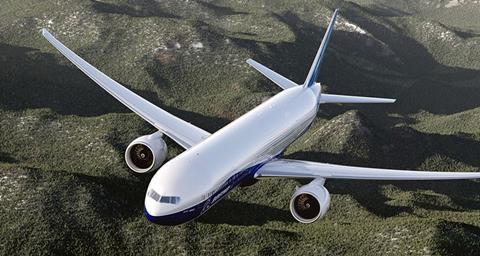 The problem is complicated by difficulties in comparing the fuel uplifted from the truck, or hydrant, with the quantity on board the aircraft.

This is because the fuelling system uses the aircraft’s indicator to stop the fuelling process when the requested uplift has been carried out.

Paying for fuel requires a volume measurement, which involves calculations that consider the fuel mass and take into account remaining fuel in the tank from the previous flight.

These calculations are not easy, says the FAA, and are “prone to significant inaccuracies”.

While fuelling procedures require checks to verify the correct fuel has been uplifted to the aircraft, it adds, there is evidence that such verification is sometimes “not accomplished or done incorrectly”.

If the aircraft subsequently departs with insufficient fuel, its fuel-management system will typically advise of quantity anomalies within the first 3h of flight – requiring the crew to carry out leak checks, or consider either turning back or diverting.

Opting to proceed with the flight, the FAA points out, presents the potential risk of fuel exhaustion before the aircraft is able to land at its destination or reach its diversion airport.

While Boeing has been developing a modification for 777s, the FAA says there is an “urgency” to the situation which requires interim safety measures.

It is ordering a repetitive check on the centre wing tank fuel-quantity indication through a new procedure, called refuelling station door cycling, to be carried out after any centre tank fuelling.

This procedure involves accessing the refuelling station door on the left wing, closing it for a few seconds, then re-opening the door and waiting for the fuel-quantity display to reset.

If the fuel-tanks quantities are incorrect – outside of loadsheet requirements – then the fuel load must be adjusted, and the cycling procedure repeated.

The directive also requires the aircraft flight manual to be revised to include flight crew acknowledgement that they have received notification of the door cycling procedure having been carried out.

Once the Boeing modification for the 777’s fuel-quantity indicating system is developed, approved, and available, the FAA says it might consider issuing additional directives.