Investigators have found that the captain of an Antonov An-28 observed ice formation on the cockpit as the aircraft climbed, before a dual engine failure that preceded a forced landing in central Russia.

The aircraft, operated by Siberian carrier SiLA, had departed Kedrovy for Tomsk on 16 July and had been cleared to climb to 3,350m.

At an altitude of around 2,400-2,600m the captain noticed formation of ice on metal elements of the cockpit windows.

Russia’s Interstate Aviation Committee, in its preliminary findings, says the flight-data recorder did not record activation of anti-icing systems – although their use on some previous flights suggested these systems were probably functional. 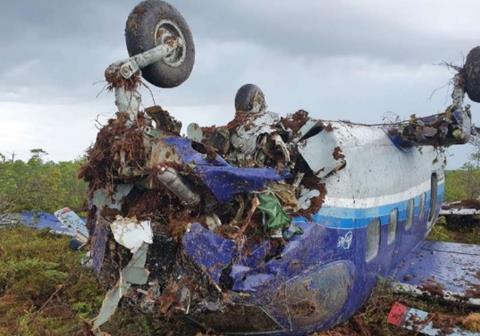 The aircraft levelled below its cleared altitude, at about 3,100m, and for about a minute its airspeed varied from 105-119kt before the right-hand engine shut down followed by the left.

Investigators state that the crew attempted unsuccessfully to start the left engine at 2,500m and, at 1,500m, tried the right engine.

Three restart attempts were made for each engine – the maximum permitted by the An-28 operating manual – none of which worked.

The crew searched for a landing site and made a descending left turn before landing heavily in swampy area and overturning.

All 18 of the passengers and crew on board survived, although the captain and one passenger were seriously injured.

Investigators are still probing the full circumstances of the accident.