Investigators in Hong Kong have found that a taxi instruction to a Boeing 747-400SF was misconstrued by its crew to include a runway crossing clearance, resulting in an Airbus A330-300’s having to abort its take-off roll when the 747 entered the active runway.

The Air Cargo Global 747 had landed on Hong Kong’s runway 07L following a service from Turkmenbashi on 22 September 2017.

It was cleared by a ground-movement control instructor – who was overseeing a trainee at the time – to travel via taxiways A, W and J to the holding point J6 on the northern edge of runway 07R.

On a different frequency, a tower controller cleared a Hong Kong Airlines A330 to line up and wait from the J1 holding point of the same runway.

Some 20s after the A330 was cleared to take off from 07R, the 747 crew reported their position as they approached the runway crossing point.

The instructor gave taxi instructions for the 747 to travel via taxiways K and L2 to the C12 parking bay in the cargo apron – which was correctly read back – but crucially did not issue a clearance to cross the runway.

Nevertheless the 747 proceeded to enter the runway a few seconds after the A330 began its take-off run, triggering a visual conflict alarm although no audio alert was heard. 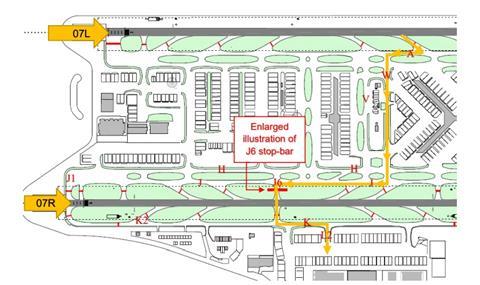 The A330 crew noticed the 747 had started encroaching on the runway and rejected the take-off at about 69kt.

“Bauhinia 236 rejecting take-off taxi…aircraft on runway,” the A330 crew stated, to which the tower controller responded: “Stop immediately.”

“For information the jumbo does not have any authorisation to cross runway at midfield,” the controller added. The aircraft were about 1,100m apart at the time.

Investigators state that a “probable lapse of concentration” from the ground-movement instructor, as he dealt with the trainee and the traffic situation, meant the 747 crew was not told to contact the tower controller ahead of the runway crossing. 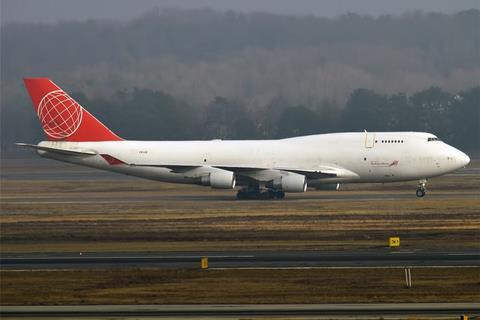 The inquiry says the instructor admitted not looking out of the tower window or checking the surface-movement system to verify the position of the 747 before issuing the taxi instruction to the parking bay – directions which were “misconstrued” by the 747 crew to include crossing clearance.

“The instructor incorrectly assumed that [the 747] had returned to [the ground-movement] frequency after crossing [07R] and was looking for a taxi route to the parking bay,” it states.

With the 747 crew’s not having been told to switch to the tower controller frequency, the opportunity for both the 747 and A330 crews to be on the same radio channel – increasing their awareness of one another’s presence and intention – was lost, the inquiry adds.