US investigators have discovered chafed horizontal stabiliser control wiring on an American Eagle Embraer 175 involved in a serious mis-trim and pitch-control incident on departure from Atlanta.

The pilots of the aircraft, operated by Republic Airways, were unable to engage the autopilot at 2,200ft and experienced difficulty in holding the nose down.

They told investigators that they both needed to use both hands to counter the nose-up pitch tendency, with “such effort that neither felt that they could reach for the [quick-reference handbook],” says the National Transportation Safety Board.

Although both pilots tried to push their trim disconnect buttons, they did not notice any change in the pitch condition.

They were eventually able to use the first officer’s trim switch to bring the aircraft under control and land back at Atlanta about 15min after declaring the emergency. Six passengers had been on board.

The NTSB says the incident, on 6 November last year, is still under investigation.

But examination of the E175 found chafed insulation on wires connecting the captain’s pitch-trim switch and trim disconnect button in the cockpit to the aircraft’s horizontal stabiliser actuator control. 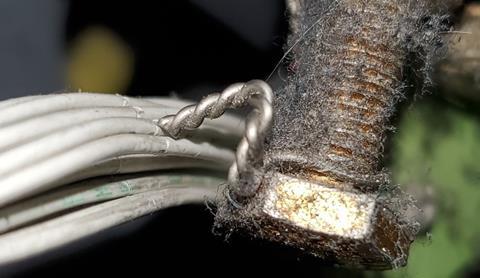 This chafing had resulted from the wire bundle brushing against the sharp ends of a ‘pigtail’ – an exposed twisted safety wire wrapped around a mechanical bolt. This pigtail was “incorrectly untucked”, says the inquiry.

Investigators also found that the pitch-trim switch on the captain’s side had inadvertently been installed upside-down – although the inquiry has not determined whether this played any role in the incident.

The NTSB is concerned, however, that such an installation error “could lead to flightcrew confusion”, delaying pilots’ response to an incident.

Inspection of other E-Jets subsequently turned up evidence of wire chafing on nine Republic aircraft and at least one from another operator.

As a result the NTSB has formally recommended that Brazilian regulators require Embraer to develop instructions for E-Jet operators to inspect the wiring in the captain’s and first officer’s control columns, and ensure proper clearance.

But the inquiry is also seeking to address any possible weaknesses in pitch-trim runaway checklists, given the difficulties experienced by the Republic crew in dealing with the Atlanta incident. 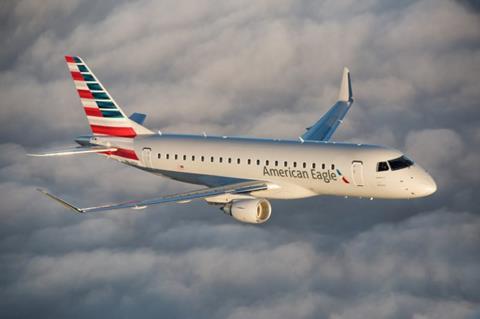 It states that the pitch during climb probably “masked” the excessive nose-up trim, and that there was “little warning” before the crew found the control forces “almost unmanageable”.

The crew interpreted the situation as a runaway and, although they performed the single memory item on the pitch-trim runaway checklist – pushing the trim disconnect – they were unable to refer to the quick-reference handbook.

Embraer’s pitch-trim runaway checklist has a memory item to select both pitch-trim cut-out buttons, but this was not on Republic’s checklist, the inquiry found.

“Without access to the checklist or the [handbook], the crew only selected [one of the cut-out buttons],” the NTSB says. “The flight crew in this incident had to rely on the memory item and their understanding of the pitch-trim system to resolve the issue by using the first officer’s trim switch.”

If unintended pitch-trim operation is masked, it states, the use of the memory items “may not comprehensively address” the circumstances quickly enough, and regulators should work with operators and Embraer to explore whether checklists need adapting to deal with all potential trim system failures, regardless of underlying cause.

“It is critical that the memory items are robust enough to protect against incomplete system knowledge and physical limitations preventing access to the [quick-reference handbook,” it adds.