Investigators have disclosed that the pilots of two De Havilland Chipmunks escaped injury after the aircraft – part of a formation flight – collided over Denmark.

The Chipmunks were among four aircraft taking part in a formation training flight, in daylight and visual weather conditions, on 14 May.

They had departed Nordborg airport, 8nm north of Sonderborg, and were heading east at an altitude of some 1,700ft, some 8nm east-south-east of Sonderborg, when the aircraft changed formation.

As they did so, the right wing of one Chipmunk (OY-ALD) struck the tail-wheel of another (OY-ATR), according to Danish investigation authority HCL. 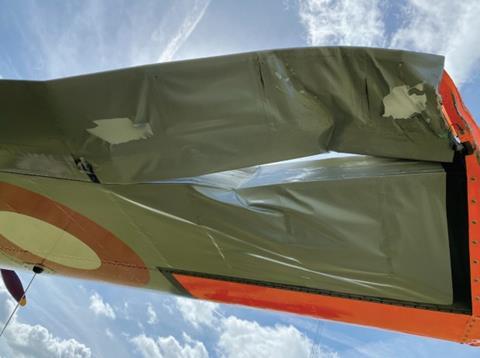 It says the pilot of the aircraft with the damaged wing experienced “partial loss of control” and a loss of height.

“At low altitude, the pilot regained control of the aircraft, and chose to continue the flight to Vojens-Skrydstrup [airfield],” it says, where it landed without further incident.

Vojens-Skrydstrup is located some 30nm north-west of the area in which HCL says the collision occurred.

The aircraft sustained substantial damage to its outer wing and right-hand aileron. 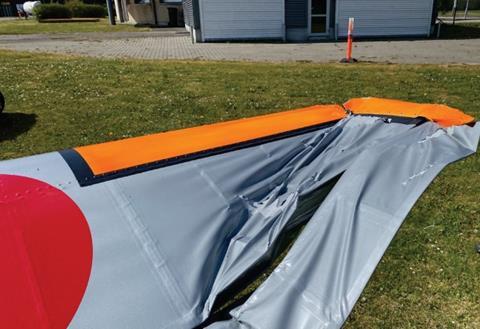 Damage to the upper wing surface of OY-ALD

HCL says the other Chipmunk was not damaged and its pilot chose to fly to Sonderborg airport where it landed safely.

Neither of the pilots involved was injured. The pilot of OY-ALD, who held a private licence, had accumulated 285h on type while that of OY-ATR, who had an air transport licence, had 446h on type among more than 7,200h total.