UK investigators have revealed that reluctance to use a cockpit cup-holder resulted in coffee being spilled over control panels on a Condor Airbus A330, causing substantial radio communications problems and forcing a diversion.

The A330-200 had been operating from Frankfurt to Cancun on 6 February this year. 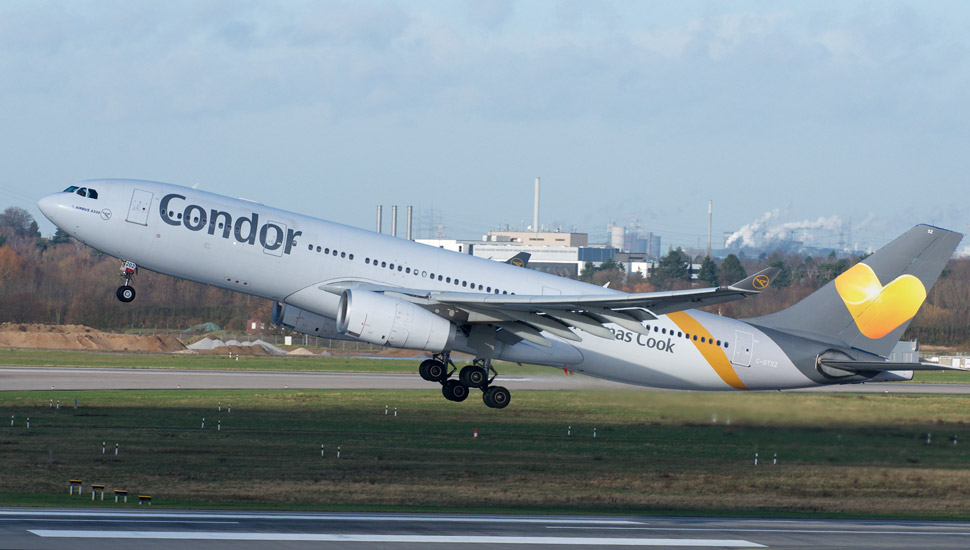 It had commenced the transatlantic crossing when the cockpit crew was served coffee in cups without lids.

The UK Air Accidents Investigation Branch says that, while Airbus recommends using the cup-holder, the size of cups used by the carrier on the route made lifting them from the holder difficult.

"This incompatibility generally discouraged use of the cup holder, despite the policy," it states, adding that the crew naturally tended to place cups on the fold-out table in front of them – making them "vulnerable" to being knocked over.

The coffee on the A330 captain's table was spilled, with a small amount falling on the left-hand audio control panel, which immediately malfunctioned and subsequently failed. Some 20min later the first officer's corresponding control panel also became hot and failed – although the precise reason for this was not clear.

VHF radio transmissions and public-address announcements were affected by the malfunctions and the captain chose to divert to Shannon, with the precautionary use of cockpit oxygen masks owing to electrical smoke emanating from the panel.

None of the 326 passengers and 11 crew members on board the jet (G-TCCF) was injured. Condor was sub-leasing the jet from its sister carrier Thomas Cook Airlines.

But the carrier subsequently changed its procedures to ensure cup lids were provided on all routes, says the inquiry, and has sought to obtain "appropriately-sized" cups for cockpit cup-holders.