Crashed Ju 52 was poorly-maintained and not airworthy: inquiry

Swiss investigators have determined that a Junkers Ju 52 was not fit to fly, having been poorly maintained, before it spiralled into the ground after stalling during a sightseeing flight in the Alps.

But the inquiry believes that – despite being “not airworthy in a physical or formal sense” – the Ju-Air aircraft did not crash as a result of the inadequate maintenance or its technical defects.

The three-engined Ju 52 involved in the fatal 4 August 2018 accident was a pre-war airframe, manufactured in 1939 and one of three procured that year by the Swiss military for its air defence corps.

They were decommissioned by the corps in 1981 and a Swiss air corps museum enthusiasts’ association subsequently began using them for commercial flights from Dubendorf, converting them for civil use.

Swiss investigation authority SUST says that, by this point, there was no longer a type certificate holder to offer support and establish requirements to guarantee the Ju 52s’ airworthiness.

Operator Ju-Air emerged from a 1997 merger of the museum association and a similar organisation, to form military aircraft preservation group VFL, after which Ju-Air became responsible for maintenance and airworthiness. 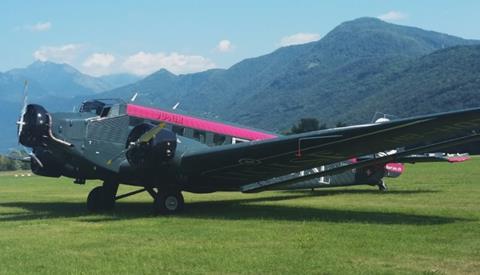 Pictured at Locarno airfield on 4 August 2018, the Ju 52 is shown shortly before its ill-fated flight

SUST conducted an extensive technical examination of the aircraft wreckage following the accident, which occurred in a valley near the Piz Segnas peak of the Alps, finding that the Ju 52 had “various technical restrictions”.

None of its three BMW 132 A3 engines was still able to reach the propeller speed specified by their manufacturer.

The manufacturer had stipulated that the powerplants required a major overhaul every 200-300h but the aircraft operator managed to obtain permission from the Swiss civil aviation regulator gradually to increase this interval to 1,500h.

But the engines “never achieved” this approved interval, says the inquiry.

“It was consistently necessary to repair the engines and, in particular, replace important components,” it states. “This proves that the increase in operating time was not justified.”

Analysis of operations during the 10 years prior to the accident shows “numerous” engine faults occurred including one failure during flight. In 16 instances the operator either had to run the engine at reduced power or shut it down.

“It could also be proven that the aircraft [involved in the crash] was no longer capable of the flight performance specified in the operating instructions for the aircraft type,” says the inquiry.

This failure to verify the performance data amounted to a “significant safety deficit”, it adds, pointing out that the poor analysis of the engine incidents parallels a weak examination of other operational events. 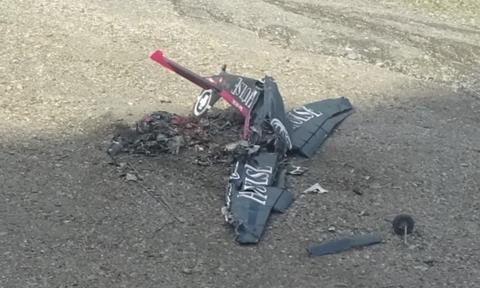 Examination of the wreckage turned up multiple defects, including corrosion damage and evidence of a broken stringer in the starboard wing that – despite being discovered in 2015 – was never repaired. The investigators also found that various components of the aircraft had been poorly-maintained or replaced by reproduced parts of substandard quality.

Ju-Air had addressed the problem of unavailability of original spares for the airframe and engine by reconditioning some components and having others manufactured.

“Some of the companies that performed such work were not certified to produce parts for use in aviation,” says the inquiry. “Installation of such parts on an airworthy aircraft was not permitted.”

This meant the aircraft, at least in a formal sense, could not be declared airworthy.

Ju-Air wrote its own service bulletins for some of the reproduced and reconditioned components and the installation of non-certified parts. But from 2002 onwards service bulletins were no longer written for this work.

“Dozens of components were remanufactured or modified by a large number of subcontractors by order of Ju-Air, mostly using an old and worn part as a template,” says the inquiry.

It says there was little accompanying documentation to support the parts remanufacture and, in most cases, no certification of airworthiness was available for the components. Ju-Air also installed many commercially available, non-certified standard components, it adds.

“Overall, these inadequate processes and procedures resulted in Ju-Air’s [Ju-52 fleet] being in an unsatisfactory condition,” says the inquiry.

“Nevertheless, the aircraft functioned in such a way that the identified technical defects did not have an effect on the accident,” states SUST, suggesting that pilots had become “accustomed” to the limited flight characteristics of the Ju-Air fleet and were “unable to detect the remaining inadequacies”.