Crew alarmed by speed decay before American 757 abruptly pitched down

Investigators probing an abrupt manoeuvre by an American Airlines Boeing 757-200 have indicated that the crew suddenly pitched the aircraft nose-down after realising the airspeed had unexpectedly bled away.

The aircraft had been approaching New York JFK on 6 September 2018, following a service from Edinburgh.

As the aircraft neared its cleared level of 12,000ft its ‘altitude hold’ mode engaged. The captain then activated the ‘flight level change’ mode ahead of receiving a further clearance to 7,000ft – with an instruction for a “good rate” of descent through 9,000ft.

This ‘flight level change’ mode carries out a descent with idle thrust, using pitch control to maintain the required airspeed. The aircraft was flying faster than desired, so the crew dialled the airspeed down to 250kt.

But the aircraft was still attempting to hold the target altitude which remained at 12,000ft. With the thrust levers retarded, the autopilot started to increase the pitch and this resulted in the airspeed decaying below 250kt.

Little more than 90s after the switch to ‘flight level change’ mode the 757 had pitched to 6° nose-up and its airspeed had fallen to 186kt. 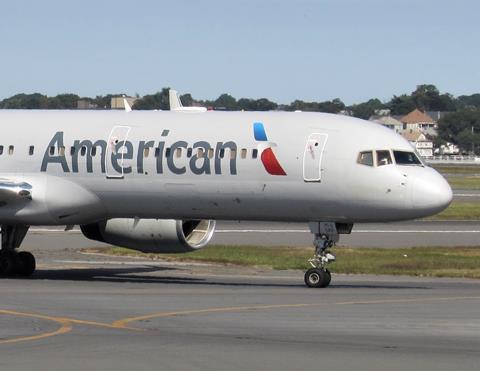 The crew included a third pilot in the cockpit, in the relief role, and he testified to the National Transportation Safety Board that he realised the aircraft’s airspeed was worryingly low and it risked approaching a stall.

He repeatedly called “speed” in an increasingly raised tone, before loudly urging nose-down input: “Push, push it over. Get the autopilot off. Push it over.”

Flight-data recorder information shows the thrust levers rapidly advanced, engine power increased, and the aircraft started accelerating. Within 10s of the thrust increase, the aircraft had pitched to 10° nose-up, and the control column was quickly pushed forward to pitch the aircraft 3° nose-down.

This generated a sharp change in vertical acceleration from 1.476g to negative 0.156g over the course of 11s.

The crew subsequently recovered the aircraft, re-engaging the autopilot with the target altitude of 7,000ft, and the 757 landed on JFK’s runway 22L about 13min after the incident.

One of the flight attendants suffered serious injuries during the event, but the aircraft (N173AN) was undamaged.

Although the NTSB has given preliminary flight-recorder data from the incident in an information docket, it has yet to reach conclusions about the circumstances of the event.

But prior events – such the accident involving an Asiana Boeing 777 at San Francisco in 2013 – have given rise to a situation dubbed the ‘flight level change trap’ in which pilots wrongly believe the aircraft is maintaining airspeed, unaware that the thrust levers are unresponsive in a ‘flight level change’ descent.