Canadian investigators have determined that a Boeing 777-300ER crew rejected take-off at high speed after seeing that a preceding aircraft, an Embraer 190, was still on the runway after conducting its own high-speed abort.

False information about the air-ground status of both aircraft, each operated by Air Canada, along with an unfortunate simultaneous radio transmission to the control tower, meant the controller was unaware that the Embraer – having sustained a bird-strike – was aborting its take-off from Toronto’s runway 06L at 139kt.

Having perceived the Embraer was close to rotation, and anticipated it would become airborne, the controller shifted his attention elsewhere and issued take-off clearance to the 777 crew.

Canada’s Transportation Safety Board says the 777 crew read back the clearance at the same time as the Embraer crew transmitted that they were rejecting their own take-off. 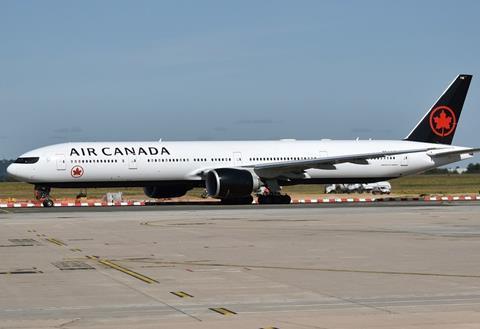 The runway was monitored by an incursion system, but the investigation states that its accuracy was compromised by aircraft design logic, with the result that it did not immediately detect the conflict.

This incursion monitor receives information on whether an aircraft is in the air, or on the ground, from a multi-sensor tracker in the airport’s surface-movement system – which, in turn, obtains the data from the aircraft’s transponder.

But the inquiry found that the Embraer 190’s avionics were designed to transmit an ‘in air’ status when airspeed exceeded 50kt – even if the aircraft was still on the ground. While this design logic had certain interoperability benefits, the inquiry says it provides “inaccurate” information to ground-surveillance systems.

Even though it never left the ground, the Embraer transmitted to the incursion monitor that it was airborne for 52s.

Once the 777 had accelerated to 81kt, its speed exceeded that of the decelerating Embraer, and the reducing distance between them should have triggered an alert from the incursion monitor.

But since the monitor can only detect a departure conflict if the aircraft are identified as being on the ground, no alarm was generated. 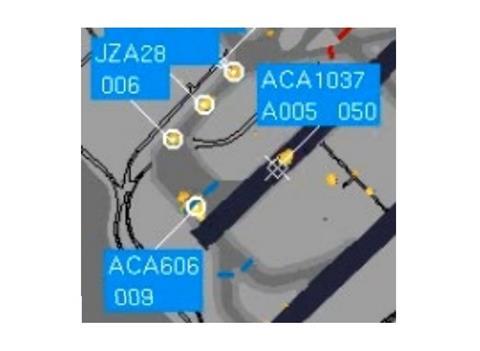 The separation between the aircraft was 6,500ft at this point. As the 777 continued to accelerate, passing 100kt, it passed its own ‘in air’ threshold – which meant the incursion monitor considered both aircraft, which were still on the runway, to be airborne.

Visibility was good at the time and the 777 crew saw the Embraer ahead of them, realising it was still on the runway, and aborted the take-off at 133kt.

As each aircraft slowed – the Embraer below 50kt and the 777 below 100kt – its status reverted to ‘on ground’, but the surface-movement system took several seconds to register the change and relay the information to the incursion monitor.

The conflict between the two aircraft eventually triggered a visual and audio alarm nearly a minute after the Embraer crew aborted take-off. By this time the jets were separated by 3,950ft.

With the incursion monitor having been late to warn the controller of the situation, says the inquiry, the response to the risk of collision was delayed. The time between the Embraer bird-strike and the 777’s abort was just 36s.

As part of the investigation, Brazilian authorities examined the effect of the relatively-low ‘in air’ threshold of the Embraer, finding that – even if it had been set at 100kt – the aircraft would still have inaccurately been depicted as airborne for about 19s. Analysis of the occurrence also showed the 777 was wrongly identified as airborne for 23s.

Since the 7 March 2020 incident, civil aviation regulator Transport Canada and air navigation service Nav Canada have highlighted the potential for certain aircraft types to transmit inaccurate airborne status, and the effect on runway incursion systems, including possible absence of conflict alarms during departure.