Analysis of airborne conflicts in core European airspace has revealed that a substantial proportion of collision-avoidance manoeuvres are not flown correctly after on-board systems issue resolution instructions.

Eurocontrol has published the findings of an assessment covering 12 months of operations and examining 1,184 resolution advisories – automated orders to pilots from collision-avoidance systems intended to de-conflict aircraft and restore safe separation.

“The study has shown that a significant proportion of [advisories] are not flown correctly,” the analysis states. 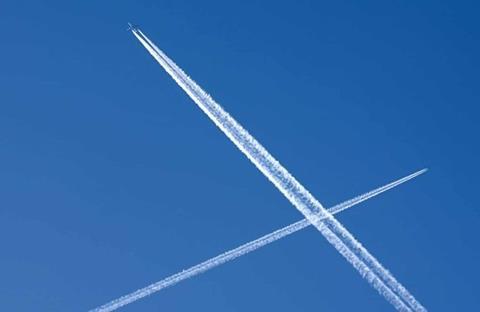 Compliance varies depending on the type of advisory and its duration. The analysis found that the level of correct compliance with the first advisory, after 8s, was only 38% – with nearly 24% not followed and 33% followed in the opposite direction.

While the level of compliance with some types of advisory improved if it lasted 12s or longer, corrective ‘climb’ and ‘descend’ instructions were “frequently not followed correctly regardless of their duration”, the analysis says, with compliance never exceeding 30%.

About half of pilots did not achieve the required vertical rate in response to ‘climb’ or ‘descend’ orders, despite a “generous” margin granted by the analysis, while the level of opposite reactions reached 22%.

“Opposite reactions are the most critical cases from the safety point of view,” the analysis points out.

Eurocontrol admits that the study is “not well placed” to determine directly whether safety is degraded when pilots do not follow the advisories correctly.

“However, it can be assumed that any incorrect responses to [advisories] may fail to resolve a collision,” it adds. “The study found a number of cases where, in the absence of correct pilot response, vertical separation at the closest point of approach was significantly reduced.”

But it acknowledges that the relative infrequency of these cases – and other factors which affected the vertical separation – meant the analysis could not obtain statistically-significant conclusions.

“While resolution advisories are rare events, when they happen the situation may be critical, and correct action must be taken promptly,” they add.

Pilots should always follow an advisory and – in any case – should never manoeuvre in the opposite direction, says IFALPA, adding that crews should not assume an aircraft visible from the cockpit is the same one displayed on collision-avoidance systems.

Controllers should be informed that advisories are being followed, in order to prevent possible conflicts of instructions. IFATCA adds that pilots should not be told to maintain vertical rates until a cleared level unless necessary, as this limits their flexibility to reduce closure rates and reduce nuisance ‘level off’ advisories.

Aircraft operators should consider making advisory responses a focus for recurrent training, the associations say, while stressing that collision-avoidance alerts are supposed to be a “last resort” rather than a mechanism for separation assurance.